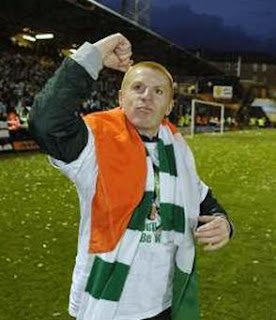 Niall McGinn and Koki Mizuno are amongst the Celtic squad travelling to face Barrow tonight as part of the Cumbrian clubs Centenary celebrations.

Neil Lennon will take charge of the Celtic squad in what promises to be a good test for the reserve side now that financial problems has forced the SPL into the short sighted measure of abandoning formal reserve football.
The reserve side have made a few appearances down south already this season and lost 2-1 at Huddesfield Town last week in a behind closed doors match.
Next week the reserves head over to Ireland with games arranged against Derry City and Cliftonville.
With a spate of injuries to the first team squad there could be opportunities for some players to play their way into Tony Mowbray’s first team plans ahead of the next SPL fixture at home to Motherwell.
Barrow have had a difficult start to the season and currently sit in 18th place in the 24 team Blue Square Premier which is effectively the fifth division of English football.