Sutton to face hoops in the FA Cup 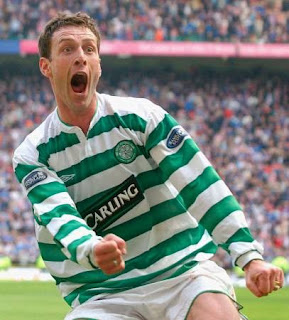 Fresh from steering Lincoln City into the second round of the FA Cup at Telford manager Chris Sutton now finds himself up against the super hoops of giantkillers Northwich Victoria.

The Conference North side are currently in administration, a terrible fate for any football club, but put that behind them to beat Division One pacesetters Charlton 1-0 today.
The game against Lincoln is again likely to attract television coverage giving Northwich another financial boost with both clubs looking to make the next round when the Premiership clubs (pay-days) enter the competition.
Lincoln qualified for the 2nd Round of the FA Cup for the first time since 2003 thanks to a 3-1 win at Telford with Sergio Torres amongst the scorers for the visitors.
Elsewhere in the FA Cup Paul Lambert’s Norwich City have an away tie at Morecombe or Carlisle United while Swindon Town will be away from home to Conference side Wrexham.
WATFORD
Amongst the loan Celts and former Celts dotted around the game there wasn’t much to cheer about over the weekend with Malky Mackay’s Watford continuing their yo-yo season with a 2-0 home win Preston.
Following last week’s 5-0 defeat at West Brom Mackay will be pleased to see his side back to winning ways and sitting comfortably in mid-table.
Loan Celts Darren O’Dea and Cillian Sheridan again had to make do with viewing from the bench as Reading drew at home with Roy Keane’s Ipswich and Plymouth’s revival continued with a 2-1 home win over Doncaster Rovers.
Over in Hungary Willie McStay would have been disappointed by his side’s 1-0 defeat at home to league leaders Videoton which allowed the visitors to double their lead at the top of the table.
Give us feedback