Boogy panto time- Oh yes he is? Oh no he’s not… 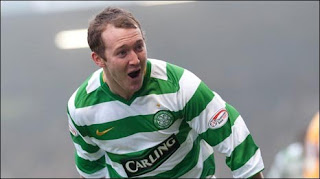 Is he, or isn’t he, and who really cares?

‘Rangers boost as Madjid Bougherra gets OK for Old Firm clash’ screams the Daily Record today before going on to admit that the story hasn’t been confirmed by the Algerian FA and comes from local ‘sources’.

Over on the Rangers website yesterday, the club were giving their supporters the truth on the matter: ‘The defender will leave for Angloa after the game,’ referring to tomorrow’s match with Hibs.
Bougherra or not the January 3 game is a must win for Celtic, anything less is going to make January a very long and testing month.

It’s only one game at a time etc etc but come kick-off time on January 3 Celtic must be going into the match on the back of two solid wins against Hamilton and Kilmarnock regardless of what happens to Rangers against Hibs and Dundee United.

Celtic’s season to date has been testing and troubling, hints of promise mixed with plenty of scary moments not helped by several refereeing decisions which seem to have consistently gone against us.

Off the top of my head have any marginal decisions gone Celtic’s way this season?

After six months in the job Tony Mowbray knows the job and his squad better than any online philosopher, hopefully the shortcomings of the team and squad can be addressed next month although it’s wishful thinking to expect a magic wand to arrive on January 1.

It’s the here and now that Celtic have to deal with, time to make the Hearts performance the last blip of the season as a sustained winning run is put together by a team that is purposeful and determined to win back the SPL title.

Whether Bougherra spends his New Year at Murray Park, Algeria or the back streets of Paris looking for passports and mobile phones it’s upto Celtic to turn on the pressure- starting with a win against Hamilton that gives the team belief and support hope for a much happier new year.

Key to any changes in the squad is a morale boosting win over Rangers on January 3 to give the players and supporters belief that the many miseries of 2009 are behind us.