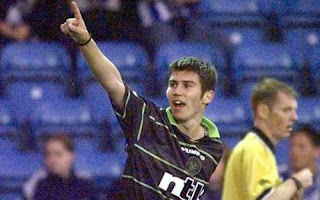 A decade on how are Celtic prepared for the two-tens or whatever the next decade will be known as?

Are we in better shape than we were approaching the millennium, will the next decade match the highlights of the decade just finished?

Will we see another Henrik Larsson type player or an event to approach Seville?

No one can disguise the fact that supporter morale, with a few exceptions, is at a low just now. Recent highs are too recent to be forgotten and over the last few years the memorable matches have become rarer and excitement rationed.

It would be easy to mump and moan for the days of Larsson, Lubo, Sutton and Hartson or more recent delights such as back-to-back qualifications for the last 16 of the Champions League- a competition that Celtic hadn’t even competed in a decade ago.

Ten years ago the bright young hope at Celtic was Mark Burchill- on Wednesday night he’ll feature in our last match of the decade just as he did in the first match at a cold and wintry Rugby Park.

In the stands tomorrow night it wouldn’t be a surprise to find Tom Boyd and Burchill’s mate Jim Lauchlan carrying out another spying mission on Celtic- what a dossier big Jim must have by now.

Entering the new year at Kilmarnock- after a winter break spent in the Algarve where Rafael Sheidt was collected- the following Celtic team were held to a 1-1 draw with manager John Barnes three games away from his P45.

Viduka scored the first goal of the decade that night with more than a few of those players going onto play significant parts in the successes ahead..

The first part of 2000 was a testing time for Celtic as, largely pre-internet, our despair was matched by the grand plans coming from Rangers where inter-galactic domination was surely just around the corner under their own dream-team of David and Dick.

Finally, after the club’s longest managerial hunt, Martin O’Neill was secured as manager and an unprecedented period of spending and success co-incided with the return to fitness of the Magnificent Seven.

Before we knew it a treble was secured, we were winning regularly at Ibrox, the Champions League arrived at Celtic Park and at last the potential that had been discussed throughout the nineties was realised in front of us.

The San Siro and Nou Camp became regular away days, budget airlines helped take 80,000 to Seville and it’s difficult not to feel a strange glow of affection for those days.

We knew that they were great days, unprecedented and unexpected, but magical all the same after twenty years that saw European football over with before Christmas.

The new decade has a lot to live up to. Expectations are fuelled by memories, supporters are educated and know more than ever what’s happening in England and the continent.

There is realism as well; players from the Premiership are out of bounds but there’s no reason why a team of Boruc’s, Petrov’s and Nakamura’s mixed with McGeady’s and Maloney’s can be put together to bring success and excitement.