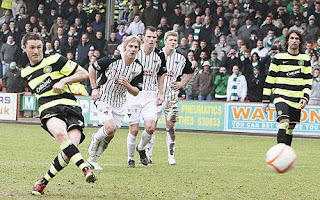 Most of Mowbray’s recent press duties have been defensive and confrontational but Dundonian Spence put some enthusiasm into his questions and got  interesting answers from the Celtic boss.
For the first time Mowbray hinted at some concerns from the decision makers at Celtic but remained focussed and confident that a successful team was beginning to evolve.
There were no stock answers about taking defeats ‘on the chin’ but an interesting insight into his thoughts as he attempts to create and build a successful team against a mixed reaction from supporters concerned about falling ten points behind a Rangers side flirting with financial disaster. 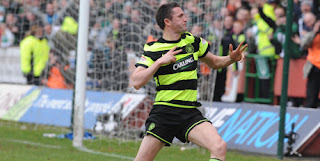 Mowbray said: “I’m sure that the people that make the real key decisions at this football club can see what is developing.
“I hope that Celtic supporters and the extended Celtic family can see what we’re trying to build here.
“While there is a certain amount of hysteria at times about what is going on I’m very confident about what we are building.
“The signs were there, when we are in possession of the ball and going forward this team can be exciting.
“I have great belief in the group, we were disappointed that we couldn’t bring in a one or two players in the window.
“You have to have quality all over the pitch, at this moment we have a young 18-year-old centre half (Josh Thompson), we did try to strengthen in that area during the window but it didn’t quite happen for us. 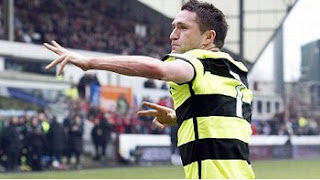 “We will get there. It’s a longer term plan, once you build something with solid foundations you will find longevity of success.
“That’s what we’re trying to do here, the ingredients are coming together, they don’t click overnight.
“I understand the hysteria around defeats but I try to build football clubs from a base of strength, you do that by bringing in quality players”
Celtic’s attacking options were impressive yesterday but equally the defending was a concern.
Wholesale changes have been made across the back four over the last three games with Darren O’Dea, Lee Naylor, Scott Brown and Edson Braffheid all playing at left-back at some point.
Mowbray acknowledged the problems and difficulties in that area and is determined to get the team playing together as an effective unit.
He added: “There was some good and bad from us today, we have to set our standards as high as we can high. 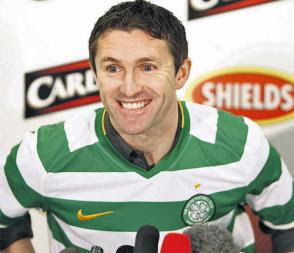 “At times we were in total control and looked like scoring at will but other times we let our standards slip.
“The signs were there, when we are in possession of the ball and going forward this team can be exciting.
“At the other end of the pitch we have work to do, we had a few changes, we missed Hooiveld today, he brings composure to the back line
“Robbie Keane has genuine class, if you can add can add class to any hard working, talented football team, that little bit of class makes a difference.
“He ignited the team, it might not be any individual thing that he does but just by the cleverness of his movement, his little touches create space for others to do the damage.”
Evening Herald Celtic report