Shunsuke Nakamura expecting to quit Espanyol to return to Japan 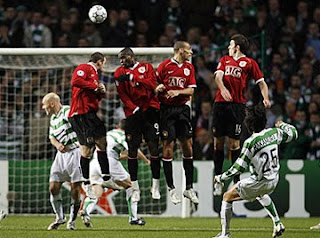 Coach Mauricio Pocchetino has informed the former Celtic midfielder that he doesn’t feature in the clubs long term plans and is willing to release him to Japan.

“Nakamura is a big player, but his problem has been adapting to Spain,” said the Espanyol coach.

“Then he can also not communicate with his team-mates and because of this it has been hard for him to offer good performances.”

Nakamura barely spoke any English whilst playing for Celtic but with a club that dominated matches his football certainly did the talking.
Espanyol seem less willing to let Naka do his own thing with the parting of the ways expected shortly.
Sadly it seems that the wear and tear of four seasons in the SPL complimented by regular long-haul international trips have left the midfielder drained.

The 31-year-old had been expected to return to Japan after ending his Celtic contract in May but a long standing wish to sample Spanish football proved too much to resist.

Middlesbrough had put in a bid to take Nakamura on loan during the January transfer window but that was turned down by the Barcelona club.
Nakamura is expected to return home to the J-League when the new season begins next month.
Give us feedback