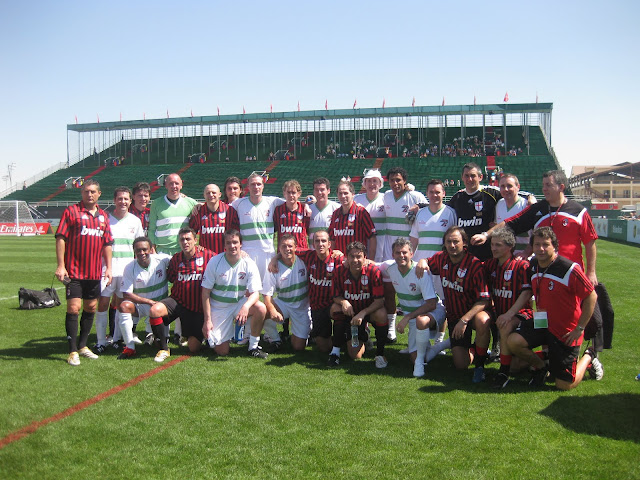 The bonds between the Lisbon Lions are legendary but throughout the years there are special ties between players who have come together at the club, sometimes for just a short period, but having played for Celtic they are forever happy to be known as Celtic players. 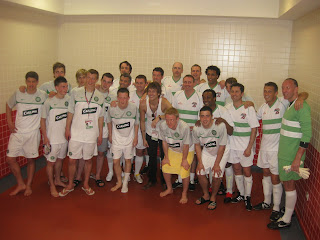 The Centenery side and the ‘ten-in-a-row’ side will always be fondly remembered with a good social side now developing amongst the players as Saturday’s success at the Emirates 7’s event in Dubai illustrated.
Beating Manchester United, Chelsea, Liverpool and Manchester United is good going by any standards, beating the AC Milan side vintage 89/90 might just be recalled in the years to come. 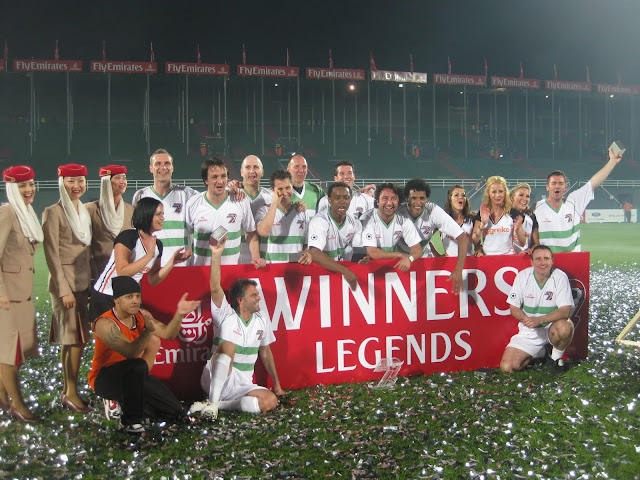 Thanks to Derek Whyte and Sean Sweeney I’ve managed to get hold of the pictures shown here which gives a flavour of the event and the camaraderie that exists between those lucky enough to have played for Celtic. 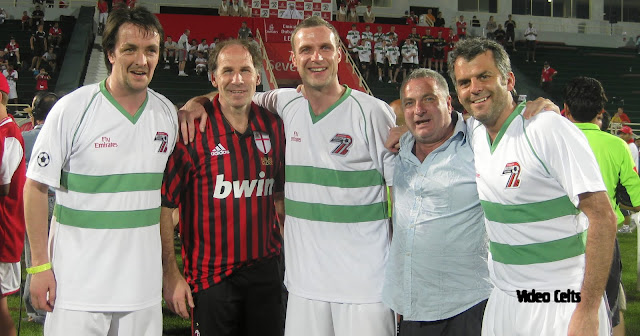 Franco Baresi, the captain of Milan’s greatest ever side doesn’t look too disapointed to have lost out in a cup final to Gerry Britton, Trialist (Sean Sweeney), football agent John Viola and Darren Jackson. 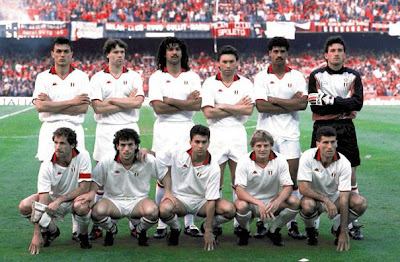 A google search for the Milan side of that vintage shows a slimline and dark haired Carlo Ancelotti, third from right back row, with the Dutch contingent of Ruud Gullit, Marco van Basten and Frank Riijkard easily recognisable with captain Baresi on the left of the front row.