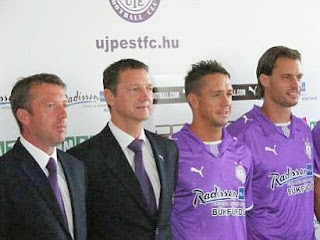 Resigning from the post as first team coach yesterday wasn’t done lightly or in the heat of the moment but looking back at his stint in Hungary there are no regrets from the former Celtic reserve and youth team boss.
“It has been a fantastic experience and I’ll be returning a different person and a different coach,” McStay admitted.
“After coming out to a totally different football environment, adapting to a strange language and having a degree of success I’ve learned so much. It’s been priceless.
“Working for a famous club has been great for me. There was a lot of success in the first part of the season and I got a great response from the players. 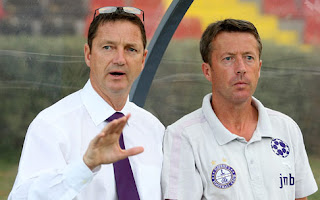 “There are some fantastic memories, beating Ferencvaros in the derby match was very special for the fans.
“We got into a good position in the league and the cup. We beat Videoton home and away to reach the semi-finals of the Magyar Cup and won away at Debrecen while they were involved in the Champions League

“I’ve enjoyed my time immensely and have nothing but good memories about Ujpest. I’ve learned a lot about myself as a person and as a coach and wish Ujpest all the best in the future.”
McStay will return to Celtic next week with midfielder Mark Millar also likely to cut short his loan deal with Ujpest.