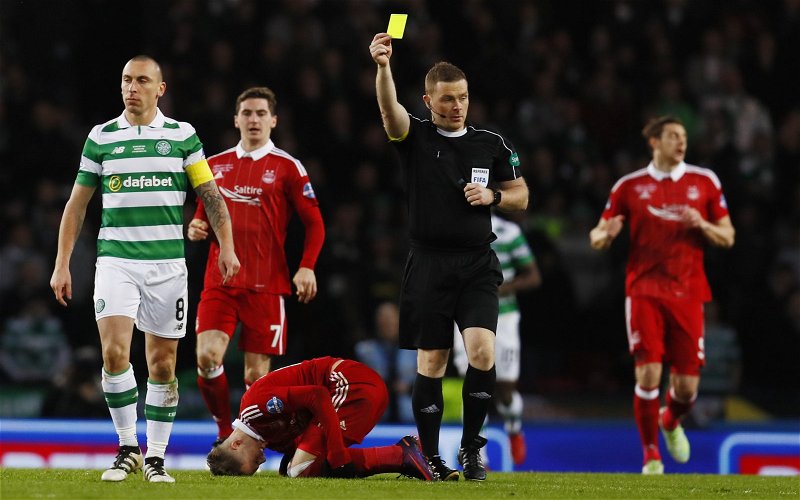 John Beaton will make a quick return to Celtic Park when he takes control of Saturday’s Scottish Cup tie against Morton.

The Lanarkshire based referee was widely criticised for his performance in the 0-0 draw with St Johnstone which was just 13 days before the Scottish Cup tie.

Steven McLean and Dick Foster seemed to have licence to do as they please with Beaton content to award a free kick but take no other action against the Saints players.

Foster did pick up a booking just before half time then opted to get substituted after dragging Charly Musonda to the ground early in the second half.

Despite their cynical fouling it took until the 75th minute for the second St Johnstone player to be booked with two further yellow cards in stoppage time helping to run down the clock.

At Ibrox on Saturday Beaton suggested to Craig Levein that it was best to substitute Joaquim Adao at half time rather than risk a red card after the player had been booked after 19 minutes.

Craig Thomson will be in charge of Wednesday’s Premiership visit from Dundee.

Would you like to share your opinions with a massive online audience? email to videocelts@snack-media.com and get started this week.