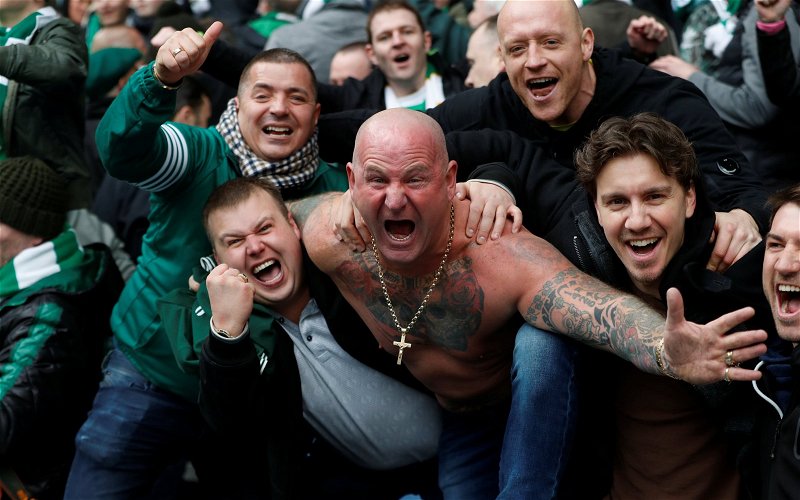 It seems that St Patrick’s Day celebrations have managed to reach inside Ibrox with one Sevco fan turning out in almost full leprechaun costume.

Social media picked up on the fan who sat next to the hard-core Blue Order who were back in the Broomloan Road stand after making way for Celtic fans last week.

Kick off ” Ah the luck of the Irish will see the Gers win ”
Full time ” Fucking last time I’m wearing this ” pic.twitter.com/SnWpdpFbYE

Despite the Paddy’s Day celebrations the Ibrox leprechaun didn’t have much to smile about as the home team lost 1-0 to Kilmarnock- making matters worse was the sight of Kris Boyd scoring in front of the Blue Order.

The striker’s celebrations were muted but the same couldn’t be said of the visiting supporters who were enjoying their second win of the season over Graeme Murty’s side.

Former Celt’s Stephen O’Donnell and Stuart Findlay were in the Kilmarnock defence with the Rugby Park side booking their place in the top six.

Steve Clarke’s side are likely to have trips to Celtic Park and Ibrox after the split.