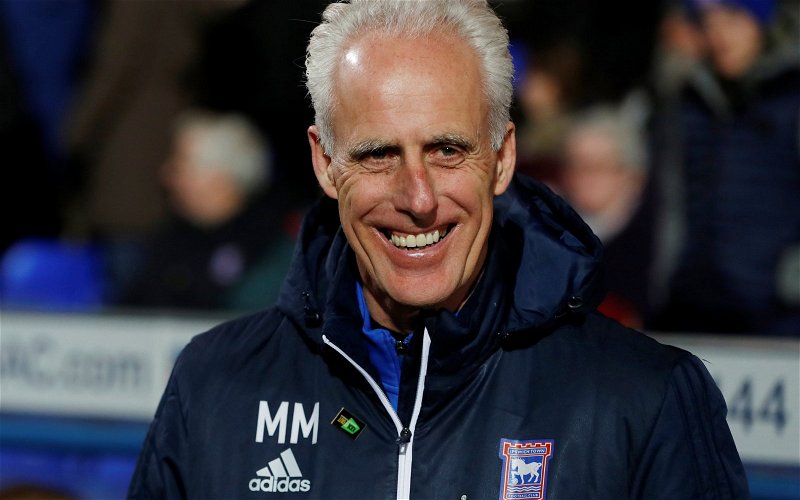 Mick McCarthy has always been good box office- the definition of straight talking.

The former Celtic defender never bothered with media training for a career in management that included taking Ireland to the World Cup in 2002 where Roy Keane created a few pre-tournament headlines.

In five and a half years in charge of Ipswich McCarthy has called things exactly as he sees them with the club unlikely to compete for a promotion place.

Having been in charge for over 200 matches at Ipswich, Wolves and Millwall he is widely respected inside the game even though Ipswich fans have been critical about how this season has turned out.

Joe Garner and Martyn Waghorn have scored almost half of the goals that have kept the club in mid-table with change out of £1.5m from those signings.

After recently announcing his intention to step down at the end of this season last night’s 1-0 win over Barnsley was enough for him to take.

Going through the usual post-match comments he announced that he wouldn’t be putting up with the booing any longer, it was his last match in charge and he was off!