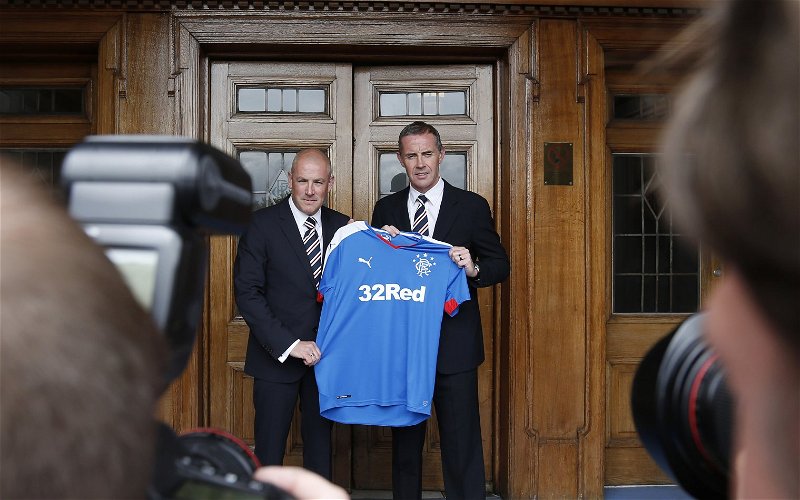 Less than a decade ago the defender was revered as Sir David of Weir as he plodded through domestic matches deep into his thirties under Walter Smith.

When he arrived as assistant manager to Mark Warburton Weir was greeted as a hero but his departure less than two years later was under a cloud.

Dave King claimed that Weir and Warbo had resigned to move to Nottingham Forest but despite denying that suggestion more than a year later no action has been taken against Sevco for breach of contract.

I see Davie Weir is trying to destroy what little remains of his reputation with the Rangers support.

Davie Weir for some reason seems fairly bitter about Rangers and is trying to take some of the shine off our penalties win over Celtic a cutoff years ago. A complete lack of class.

Davie Weir was a tremendous defender in his day and proved to be a great signing for the club. As a player. He should try not to tarnish that reputation any further than he did when he couldn’t identify/coach/organise a defence under Warburton.

His recollection of the 2016 penalty shoot out win over Celtic in the Scottish Cup has left fans despairing as a little truth emerges.

Celtic dominated almost everything at Hampden but lost out on penalties. Since that high it has been a long slow decline for Sevco that shows no sign of ending.