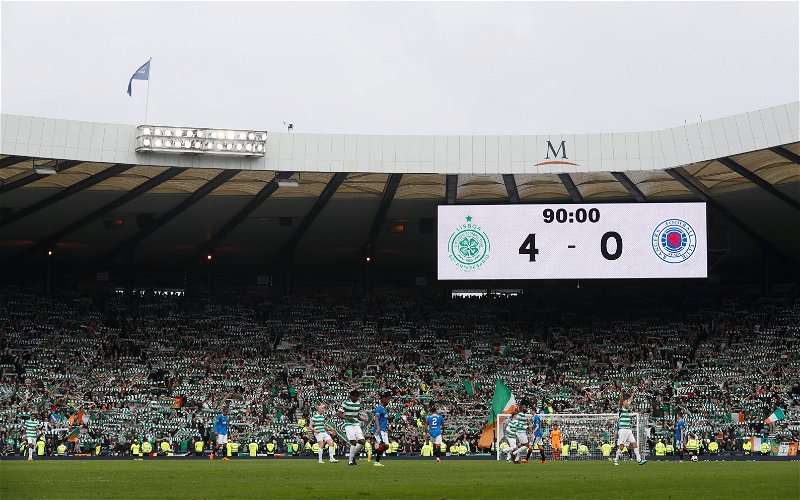 No matter how many times he loses to Celtic it seems that James Tavernier just can’t get enough.

Under Brendan Rodgers the Glasgow clubs had met nine times with seven wins for the hoops and just two draws for Sevco to draw comfort from.

Lessons on the park don’t seem to be learned by the full-back who is now wearing the captain’s armband. Off the park it seems that lessons will never be learned.

Most sportsmen on a run of nine clashes without a win would temper their enthusiasm but it seems that delusions run deep at Ibrox.

Looking ahead to the Scottish Cup semi-final Tav told the Daily Record: “If I could, I’d play an Old Firm game every week. There’s obviously a little bit of nerves, maybe the night before but nothing massive, nothing that keeps me up. It’s just excitement to get on that pitch.

“There’s maybe only a handful of players from the last victory who are still here.

“Obviously Brendan Rodgers has come in and he’s had some time to improve their team while we have gone through different managers nut Graeme Murty came in and has laid a good foundation for us to play.

“He has brought in great additions to the squad and we’ve got stronger.”

If today’s Sevco side is stronger the previous low must have been incredibly poor.

Tave recently signed a new contract keeping him at Ibrox until 2021.