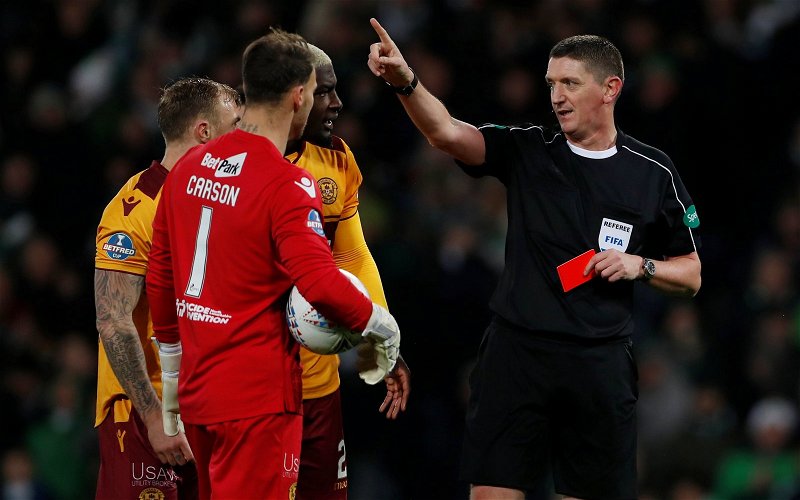 Craig Thomson will referee Sunday’s match between Celtic and Sevco.

Alongside Willie Collum he is rated by the SFA as the top official in the country and took charge of the first Glasgow derby of the season when Celtic enjoyed a routine 2-0 win at Ibrox thanks to goals from Tom Rogic and Leigh Griffiths.

It is fairly rare for a referee to be involved in back-to-back matches involving the same club but Thomson was in charge of Sevco’s 2-1 win over Hearts on Sunday.

His main controversy this season has been upsetting Motherwell with four of his five top flight red cards being shown to the Fir Park side.

Cedric Kipre has twice been red carded against Celtic but got off without punishment for a vicious attack on Moussa Dembele’s ankle in the final of the Betfred Cup in November.

Kevin Clancy will be the fourth official with Frank Connor and Graeme Stewart running the lines.