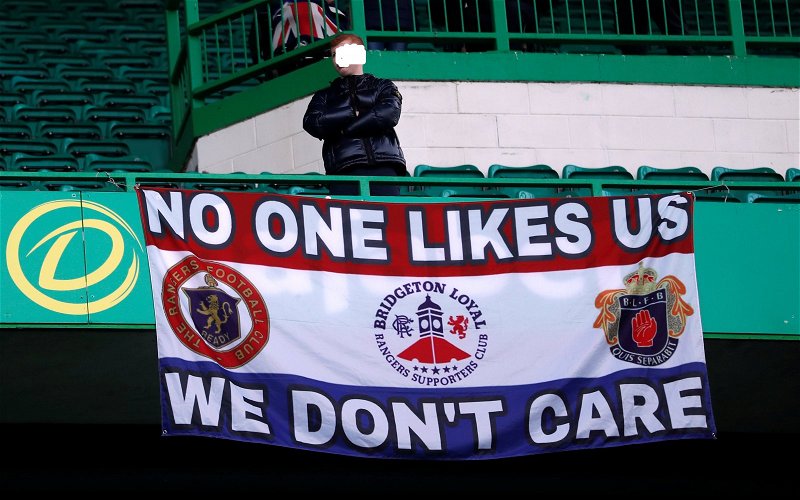 Graeme Murty has backed Sevco fans right to protest against those running the club.

There are increasing signs that the Ibrox caretaker isn’t seeing eye to eye with Dave King with today’s comments confirming a club split into factions.

The Union Bears unveiled banners slamming incompetence on and off the pitch with Murts defending the use of the banners.

“The fans are fully within their rights to do what they see fit,” he told The Sunday Post. “I’d never ever go against their wishes but I said to the players we had to generate an atmosphere in the changing room for ourselves.

“If we wanted something from them we needed to put on a performance and I thought there were times when we were on the brink of clicking into a high gear.

“I hope the fans saw some passion and intensity and a bit of quality. I thought the players stood up after a hard week.”

Murty has had his heart set on being appointed manager on a permanent basis but Dave King’s letter to season ticket holders killed that ambition stone dead.

The South African based criminal promised supporters a manager to bring instant success with Murty more of a development and project type.

As he reviewed the carnage from Hampden the former York City starlet described the backing and support that he had received behind the scenes but admitted that there had been no contact from King following the 4-0 defeat from Celtic.