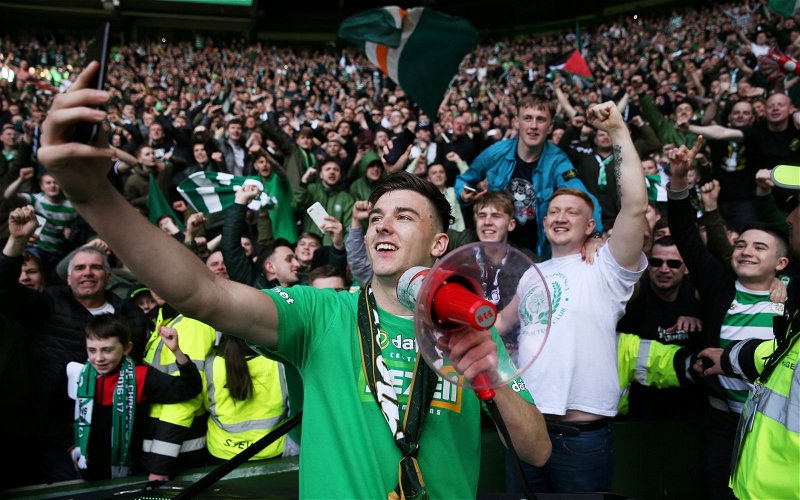 Kieran Tierney showed once again that there is no better Master of Ceremonies when it comes to title parties.

After spending last Sunday in with the fans at Tynecastle the young defender was back at work against Aberdeen as the curtain was brought down on Celtic’s 38 match SPFL campaign.

With blue skies above everyone was in the mood to party with Tierney given further practise with the megaphone.

Fans in the corner of the stadium that houses the Green Brigade followed KT’s instructions as the crouched down before springing into action for another wave of celebrations.

The current campaign has been full of milestones for the defender who captained the club for the first time as well as making his 100th appearance.

With three SPFL title medals in his collection he is well on course to become one of the most decorated players since the Lisbon era.