McLeish admits it is pointless 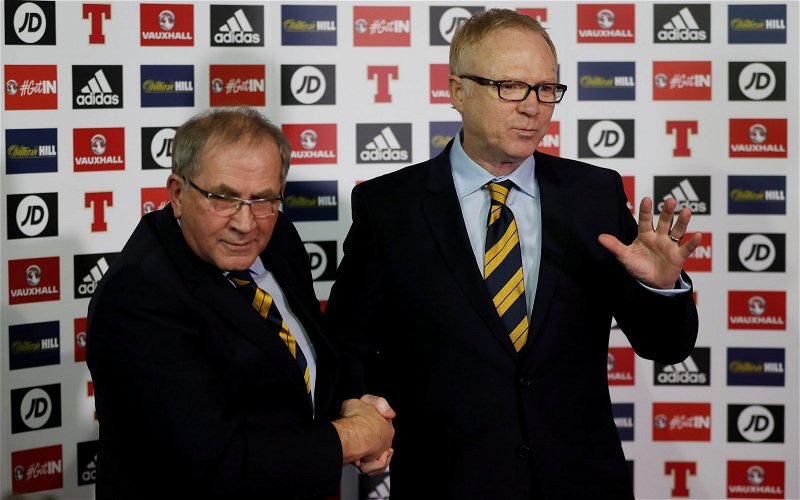 Alex McLeish has finally admitted that Scotland’s friendly with Peru on Wednesday morning is a complete waste of time.

When Stewart Regan announced in February details of the south and central American jolly there wasn’t a single club manager that endorsed the fixtures.

After being appointed Scotland manager McLeish spoke in glowing terms about the value of the matches despite the backbone of his squad requiring a break before Champions League qualifiers in July.

Six key Celtic players- who all played against England in a World Cup qualifier last June- are all off on holiday as the former Rangers (IL) boss prepares to send a makeshift side out to park the bus against World Cup bound Peru, with the football betting odds backing the South American country.

“If every game is bona fide for sides going to the World Cup, why is it not the same for the warm-up acts – and we are essentially the warm up acts – where you can actually enforce a call up?” the former Rangers (IL) manager asked the Daily Record.

“I want a relationship with the clubs, I don’t want to go down the road where we don’t have a decent level of communication.

“I spoke to Johnny Russell’s gaffer at Sporting Kansas City, for example, and he was absolutely tremendous. There is a brilliant relationship on going there and Johnny is desperate to play for Scotland.

“I think all the lads are but the fact this FIFA rule does not count for teams not going to the World Cup has to be looked at.”

McLeish’s 20 man squad has got a combined total of 74 caps with Charlie Mulgrew responsible for 34 of them.

During July and August Craig Gordon, Kieran Tierney, Scott Brown, Stuart Armstrong, Callum McGregor, James Forrest and Leigh Griffiths will be hoping to take Celtic through to the group phase of the Champions League.

If Celtic reach the group phase of the Champions League each club in the Premiership will pick up a cheque for £360,000. It is believed that the SFA are clearing £250,000 from the matches with Peru and Mexico.

During his five year stint as manager of Rangers (IL) McLeisg received £1.7m in disguised remuneration, payments not declared to the SFA, SPL or HMRC.

No football punishment was ever issued by the SFA to a club that fielded ineligible players for over a decade in the Scottish Cup.