Collymore wades in with confessions 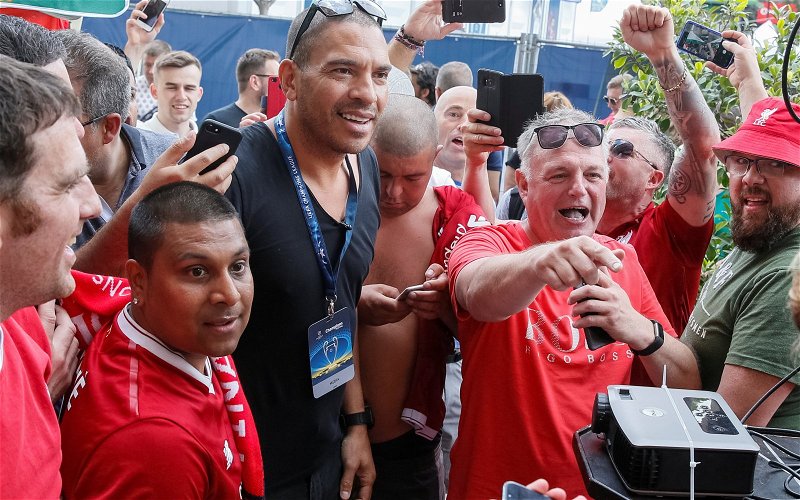 Stan Collmore has never been afraid to confront internet trolls.

The former England striker has almost 900,000 followers on twitter and wades in with plenty of opinions rather than bland platitudes to supporters and seaside pictures from his holidays.

While in Kiev for the Champions League Final he shared a picture with Henrik Larsson that brought an angry response from Ibrox fans.

Never slow on the uptake he quickly waded in.

do you mind giving this interview when you said super ally was your favourite?

I realised after my teenage years, that many of you are right wing fruitcakes. My bad.

I despise everything you stand for. Hope that’s clear enough.

You’re not the people, you’re a vestige of yesteryear, and in 100 years, you’ll be extinct.

I had a shirt, aged 17, after a lad in my street extolled the virtues of the Union and Britishness.

I know know much of that is bullshit, and a front for racism.

Fuck them and everything they stand for.

The people held me back and I still was more successful than 99.9% of them https://t.co/7sUbASK3R3

Rangers Football Club. Founded to promote an image of superiority, Empire and exclusion. A club who actively excluded 50% of its demographic.

Collymore freely admits to supporting Rangers (IL) as a teenager, growing up in an era where English fans adopted a Scottish club.

With Paul Gascoigne as the jewel in the crown following on from Terry Butcher, Gary Stevens and Trevor Steven it was natural that the flow of trophies to Ibrox held more appeal than the hard luck stories and fading history of Celtic.

A few visits to Ibrox where far right wing groups openly recruited opened his eyes to divisions within a city with his allegiances switching over to a more inclusive club where the fans openly capaigned against racism.