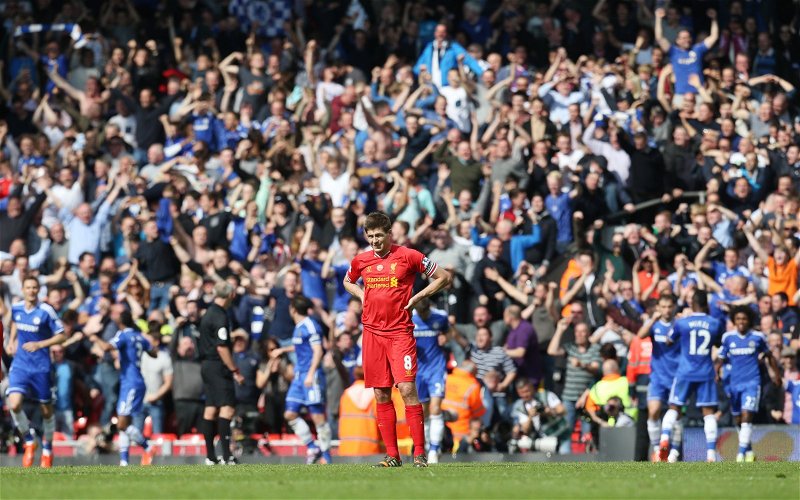 Barry Ferguson believes that the good old days are back at Ibrox with the appointment of Steven Gerrard as manager.

It seems that a 5-0 hammering from Celtic has been forgotten about as the tribute act prepares to give it’s top job to the u-18 manager from Liverpool.

In two seasons in the top flight Mark Warburton, Pedro Caixinha and Graeme Murty haven’t got close to Celtic but it seems that success is assured under Gerrard.

Beating Celtic and ending the 10-in-a-row nightmare engulfing the support is the brief for the 38-year-old rookie who’ll be pitted straight up against Brendan Rodgers.

Gerrard has his work cut out getting Dave King to deliver on his promises with no none of the current Sevco squad likely to earn a place on Celtic’s substitute bench.

Ignoring all logic Ferguson told the Daily Record: “I have to take my hat off to Dave King and his board for being so bold and ambitious.

“Recently it has felt as if these days were a thing of the past for my old club. From Graeme Souness to Terry Butcher to Brian Laudrup and Paul Gascoigne, there was a time and place when the club was used to dealing with some of the biggest names in the European game but all that seemed like a lifetime ago.

“So the fact someone of Stevie G’s calibre is so close to walking through those front doors as manager is something I can’t help but get excited about. And King and his regime deserve nothing but praise for even making it a possibility.

“I realise there are concerns about his lack of managerial experience and I understand that. There are risks involved with any appointment but what you are dealing with here is a guy who has spent his entire career operating at the highest level. He knows the standards required to be successful at a giant club.”

Gerrard will inherit a giant club that has just voted Danny Candeas as Player of the Year with Jason Holt and Andy Halliday as regular starters while Josh Windass is the top scorer.