Rodgers on his history makers 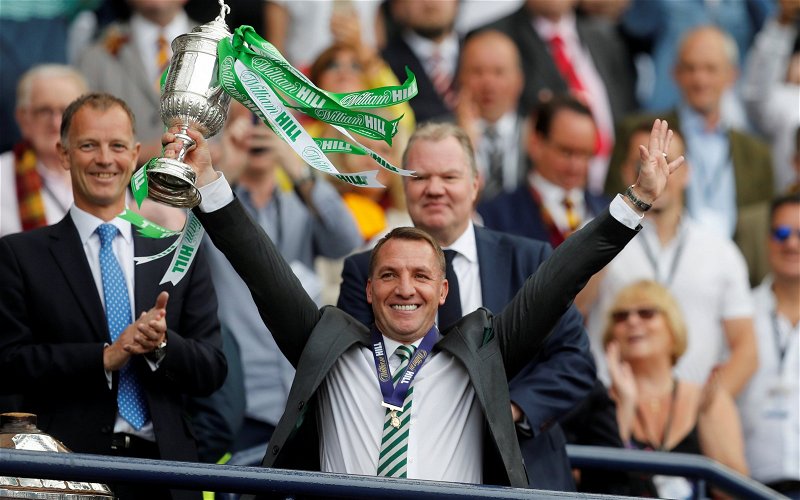 No one can doubt that Brendan Rodgers knows the history- from his early days he was made aware of a special club a ferry ride away from his home in Ireland.

As he grew up he got to make the same journey as other family members but now in his forties it is Rodgers that is creating history.

In two years at Celtic he has created the longest unbeaten run in the club history and recently became the first manager in Scottish football history to win a double treble.

Rodgers doesn’t seek the limelight but with largely the same group of players that he inherited it is inevitable that attention is focussed on the dug-out that has transformed Scottish football.

The Irishman is already planning forward for next season but found time to reflect on the day his team retained the treble- in the sunshine of the National Stadium.

“I grew up with stories of Hampden in the sun and that Saturday it was in sunshine,” Rodgers told the Celtic View. “We had three quarters of the stadium and we’ve given them a number of weeks to really go and celebrate.

“It will go down in history and, for all the people here, this day will stay with the forever.

“My thoughts are with the supporters, the players, all the staff and the board that brought me in a couple of years ago. I’m so happy for them that they can enjoy this.

“It is for the supporters. We can be nothing but inspired by the Celtic support and their commitment to us – wherever we go, they are always there.

“To give them a day like a couple of Saturdays ago and overall a moment in history gives me real satisfaction.”