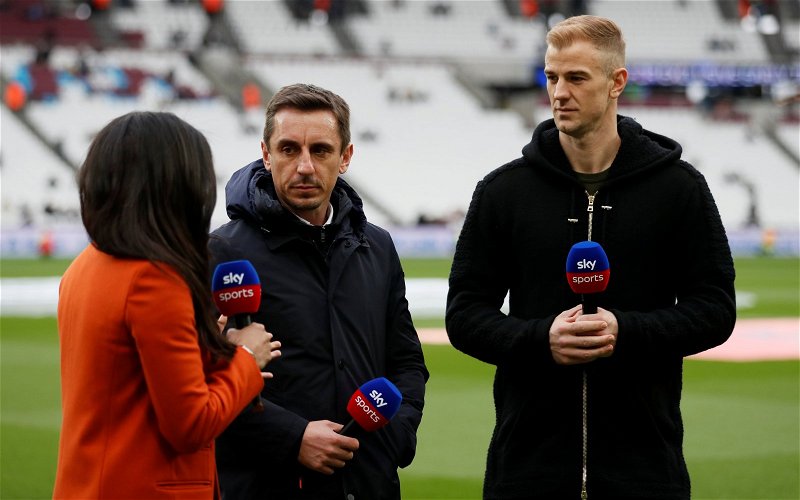 A stoppage time goal from Toni Kroos earned the points for the World Cup holders who were staring an early elimination in the face is the match had finished 1-1.

Gary Neville admitted in the ITV studio that ‘we were dancing on the German graves’ with the whole tone of the commentary geared towards reveling the likely exit of the Germans.

Peters on the swally

How’s Scotland getting on Maguire

Say it how it is Peter lol

Martin co-hosts a daily football show on STV2 with Alan Rough and has appeared on many radio and television programmes over the years.

Germany went into tonight’s match on the back of a 1-0 defeat from Mexico who piled on the pressure with a 2-1 win over South Korea.

Kroos’ goal means that a win for Germany will almost certainly put them through with Sweden needing to beat the Mexicans and hope that South Korea can take their first point of the tournament.