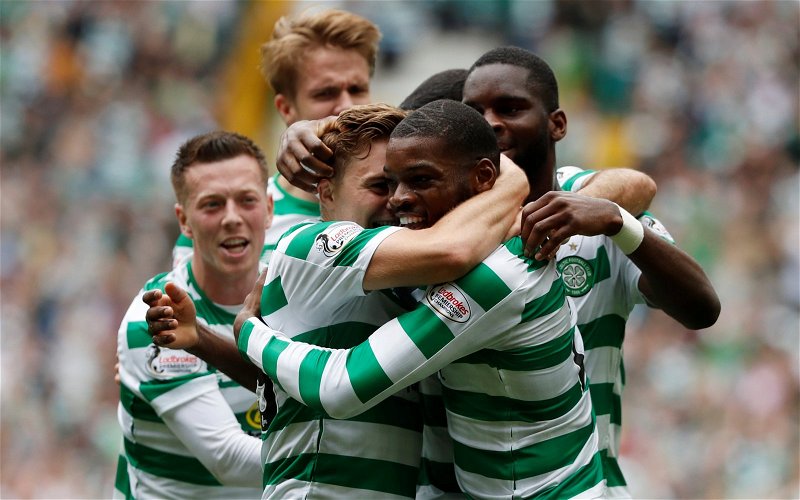 Sunday’s 1-0 win over Sevco sparked scenes of joy among hoops fans worldwide as the Gerrard Revolution was exposed and cut down to size.

In every area of the park Celtic dominated and outplayed their much hyped opponents, only Allan McGregor emerged with credit for the visitors thanks partly to Willie Collum ignoring his kick on Kris Ajer.

Celtic supporters know that their team has at best stalled over the summer and that Brendan Rodgers has a number of problems to address in the months ahead, many of them internal and self inflicted.

Nicholas however seems to take on the personality of the Rev IM Jolly when it comes to success for the club that he spent two spells playing for.

Writing in The Express he stated: “To say Celtic are still miles ahead is rubbish. They should have put the game to bed but Rangers were never out of it, no matter how average they played.

“Were Rangers scared? I don’t think so. They are trying to become winners again and that takes time and a bit of tinkering.

“Rangers will improve by the next game at Ibrox and I believe they will have the momentum by that point.

“It might be their worst domestic start in 29 years but they are progressing under Steven Gerrard.

He added: “Celtic did a lap of honour Sunday. What was that all about?

“You are second in the league and milking it when you are meant to be the best team in the country and you are the champions.

“This Celtic squad is closer to the pack than they actually realise.

“It was three points and a deserved win against Rangers but they are still looking up at Hearts. That is the reality where they are.”