Who will be Celtic’s top-rated FIFA 19 player? 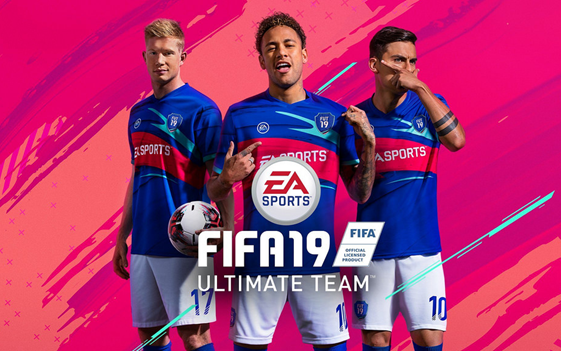 The worldwide popularity of the video game franchise FIFA shapes many football fan’s perspectives on the quality of players. Certainly, performances on the pitch matter the most, but the FIFA games offer an interesting perspective on how players are viewed.

Ratings for the FIFA 19 iteration of the game have begun to be released, and former Celtic man Virgil van Dijk was given a high rating of 85. Van Dijk’s astronomical £75 million transfer fee from Southampton to Liverpool was questioned by some football pundits. But, Celtic supporters knew his qualities and could not complain about the 10% of the transfer fee they received.

Upon the release of FIFA 18, Scott Sinclair was the highest rated Celtic player, earning a 77-overall rating. The departure of Moussa Dembélé saw a highly rated player leave the club, but many supporters were tired of his antics.

Former Celtic player Charly Musonda is also highly rated in the game, and he even has 5-star skill moves allowing him to do any trick in the game. But, the current Celtic squad, as supporters know, is quite evenly distributed in terms of talent.

The lack of star power is not a problem for Celtic on the field, but few FIFA players outside of Scotland will choose to play with Celtic’s players.

However, good results on the field can boost players in-game rating, and real-life players can receive boosted cards if they play the game. In the Ultimate Team segment of the game, players can pick and choose their favorite players from any league.

Ultimate Team has massively grown over the last several years, and the game is transitioning to incorporate the game into competitive E-sports. But, the mode has created controversy as some parents argue that it encourages unhealthy spending for virtual cards.

Scott Brown, Tom Rogic, and Olivier Ntcham all received performance-based boosted cards last season. Unfortunately, FIFA does not put much emphasis on the Premiership when selecting players for boosted cards.

The highest rated Celtic players in the history of FIFA Ultimate Team were in FIFA 12 and FIFA 17.

Gary Hooper received an 85 rated card in the 2012 edition of the game. In the game, Hooper was clinical and received a shooting rating of 91. This rating occurred in Hooper’s heyday when he was bagging goals for fun and scored 24 goals in the 2011-12 season.

Hooper now plays for Sheffield Wednesday in the English Championship. After leaving Celtic for Premier League side Norwich in 2013, he has never returned to his scoring form at Ibrox.

In the 2017 version of Ultimate Team, Scott Sinclair became the highest rated Celtic player in any version of FIFA. Sinclair received an 89 rated “Team of the Season” card for his outstanding 21 goal season.

Sinclair had 95 pace and 93 shooting ratings and was a top-tier player in the game. Both Celtic and FIFA fans would have enjoyed using the stellar blue card.

If a Celtic player has a season similar to Sinclair’s FIFA fans may once again be using high-rated Celtic players in their ultimate team. A superb Europa League performance would be a great way for a Celtic player to climb the rating ladder.

Celtic first face Norwegian side Rosenborg on September 20th, and according to sports betting websites Celtic are primed for a big victory. If Leigh Griffiths piles on the goals in the Europa League, he may just become the highest rated Celtic player in FIFA.