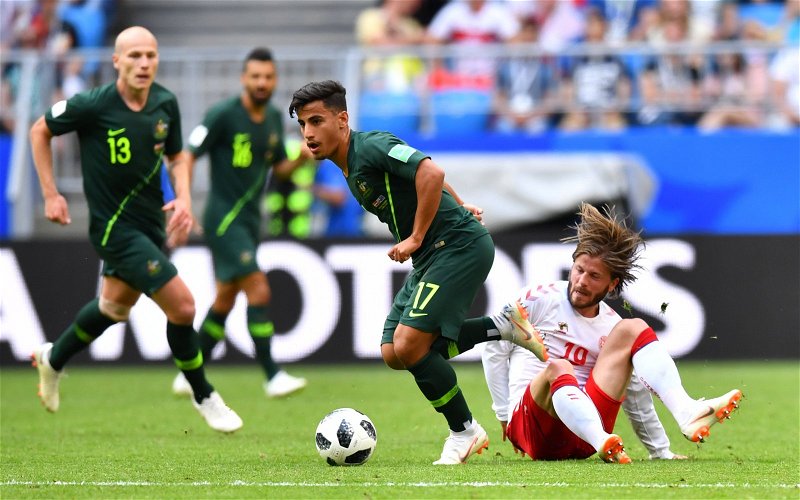 The on loan Manchester City winger was given his Celtic debut in the 57th minute, replacing Tom Rogic, but had to be stretchered off 20 minutes later leaving Celtic to finish the match with 10 men.

Arzani slipped on the surface and appeared unsteady as physio Tim Wilkinson helped him to his feet.

Brendan Rodgers: ‘Daniel (Arzani) looked as if he twisted his knee but didn’t appear so bad as he waved to the fans at the end!’ pic.twitter.com/ktHNUgEhlP

The injury to Arzani was the only downside on a night when five different scorers found the net, taking Celtic’s domestic goal tally to 15 from their last four matches.

Rodgers’ side are just four points behind leaders Hearts who they host on Saturday.

Craig Levein’s side were held to a 0-0 draw at home by Hibs, at Ibrox the problems mount for Steven Gerrard after Sevco drew 1-1 with Kilmarmock leaving the tribute act four points behind Celtic with the myth of Fortress Ibrox destroyed.