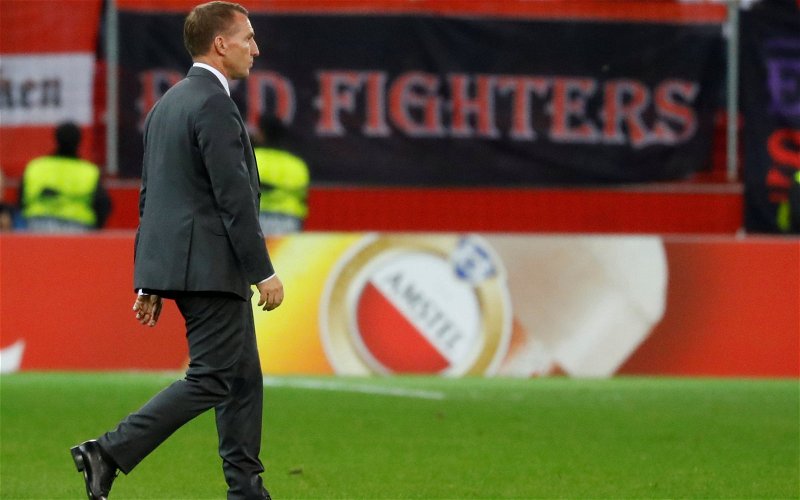 Chris Sutton watched an impressive first half from Celtic blown away after the break by RB Salzburg.

The Austrian champions were good value for their 3-1 win with the BT Sport pundit tipping them to be serious contenders in the Europa League.

Last season Salzburg reached the last four of the competition and are already clear favourites to top Group B to progress into the last 32.

.@btsportfootball Salzburg 3-1 Celtic.. tough second half against a ruthless Salzburg team?? Great start but ran out of steam.. the best team won?? Celtic need more from their frontmen…Your thoughts??

Celtic enjoyed the best possible start when Odsonne Edouard opened the scoring in the second minute with Brendan Rodgers’ side defending purposefully for the remainder of the first half.

Three goals between the 55th and 73rd minutes gave the home side full points with Celtic’s weaknesses fully exposed even before James Forrest had been red carded leading to the third goal.

Celtic now face back-to-back matches against RB Leipzig with the German side getting off the mark tonight with a 3-1 win away to Rosenborg.