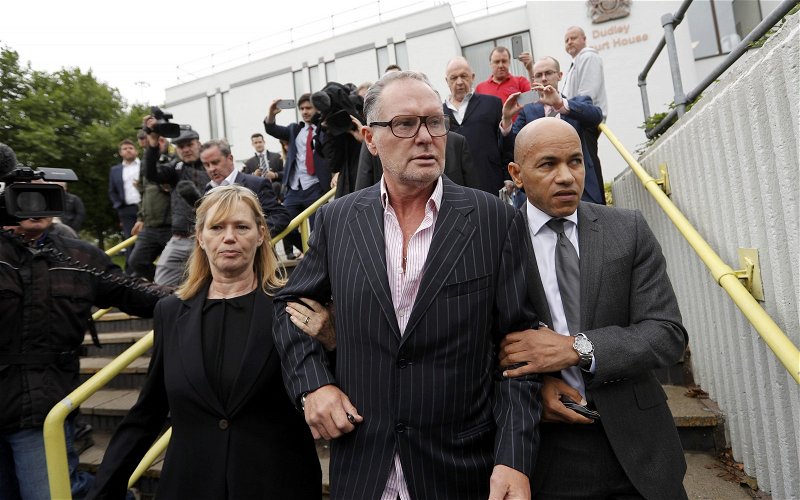 The real heroes of Scottish football are being ignored in favour of a £132/head night out with a man who has spent the last 20 years creating scandal and unwanted headlines.

Last week it was announced that Paul Gascoigne will be inducted into the SFA Hall of Fame at a glitzy dinner later this month.

During his short time in the Scottish game the Englishman was happy to play the orange card with his flute impersonation while his then wife left the Gleneagles Hotel battered and bruised shortly after ‘Gazza’ had been sent off in a Champions League defeat from Ajax.

Tickets for the event, staged at Hampden Park, cost £132 with a ready market out there for anything involving Gascoigne who is a regular on the Q and A circuit where the audience pay to hear him singing anti-Catholic songs.

So far 112 people have been inducted to the Hall of Fame covering the main characters in the Scottish game.

I nominated Neilly Mochan into Scottish football’s hall of fame for 50 years of service to our game. This took in the 1954 World Cup finals and Celtic’s Lisbon triumph. Perhaps the balance is swayed towards how many £132 inductee dinner tickets can be sold? https://t.co/UkIUCVG4Pf

There are plenty of great characters that haven’t been included, men who have been involved in winning European trophies and contributed to great nights for the Scotland international side and club teams in the European competitions.

Neil Mochan is one such example, scoring in the 1953 Coronation Cup Final, the 1957 League (7-1) Cup Final and being trainer to Jock Stein throughout his time as Celtic manager and being part of the back-room team during Celtic’s Centenary Double.

Earlier this year Neale Cooper passed away, at the age of 20 he was part of the Aberdeen side that beat Real Madrid in the final of the 1983 European Cup Winners Cup.

Mochan and Cooper are two of many names that deserve to be honoured in any genuine Scottish football Hall of Fame, unfortunately it seems that the box office of a circus act takes priority.