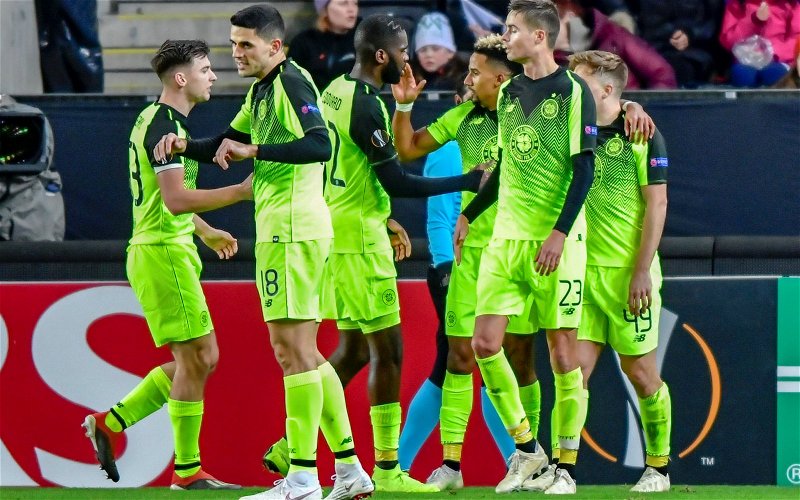 The mindset of BBC Scotland is perfectly summed up by Tam McManus.

The former Hibs striker is trying his best to break into the elite group of pundits that are on the A-list for the state broadcaster.

Last night on twitter McManus auditioned for a bigger role at the BBC ticking all the right buttons using a tried and tested formula.

Good result for Celtic. Sets it up nicely for the last game against a side already qualified massive chance to get through. Rosenborg a disgrace.

They could have played to next Thursday and not scored. Weren’t interested.

Aye they threatened to get a shot on goal think that’s what he meant. ???? https://t.co/5PevqaXvXs

Celtic were brilliant and beat a top team who put them under serious pressure all night it was an amazing result. That better?

Or call it for what it is good result job done against a side who had clearly chucked it and went through the motions ????????

Gritty performance by Rangers tonight heart and guts in abundance against a good though has to be said on the night toothless Villarreal. All to play for in Vienna. Again got McGregor to thank for the point with two outstanding saves.

Celtic winning away from home in Europe was all down to the weaknesses of Rosenborg, Brendan Rodgers’ selection, tactics and the execution by the players were barely worth a mention.

Roll the clock forward to another bus parking exercise marred by a red card, attempted attack on an assistant referee and anti-Catholic singing equals heroic display.

With plenty of fans biting on his script it’s job done for the former Scotland u-21 star as he eyes up a bigger monthly cheque from the state broadcaster.