Shameless Caldwell claims that Lennon ‘brings it on himself’ 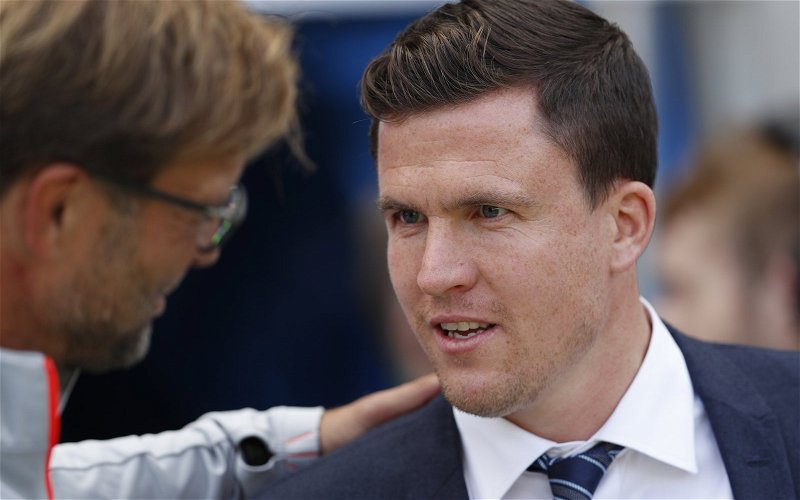 Gary Caldwell hit a new low last night when he claimed that Neil Lennon ‘brings it on himself’ after the Hibs boss was struck in the face by a coin at Tynecastle.

That comment has been used since 2000 to excuse the excesses that a successful red haired Irish catholic is subjected to in Scottish society. It is a favourite of Radio Scotland presenters and pundits.

Caldwell was recently appointed as manager of Partick Thistle but seemed to be wearing his pundit hat at Tynecastle when he was part of the Radio Scotland commentary team.

Shortly after the final whistle he said: “I think he brings a lot of it on himself.

“Whoever throws something from a stand should be ejected immediately but Neil Lennon was goading the fans as that goal got disallowed.

“As managers, coaches, players, we have to have a level of professionalism to not incite that and I think at times he does.”

Caldwell joined Celtic in 2006 from Hibs and played alongside Lennon for one season under Gordon Strachan.

Since signing for Celtic in a £6m deal from Leicester in 2000 Lennon has been the subject of hate from almost every ground in the country.

In 2011 Hearts fan John Wilson left his seat in the stand to attack Lennon in the away dug out, Wilson was led away by the police to the cheers of the home support.