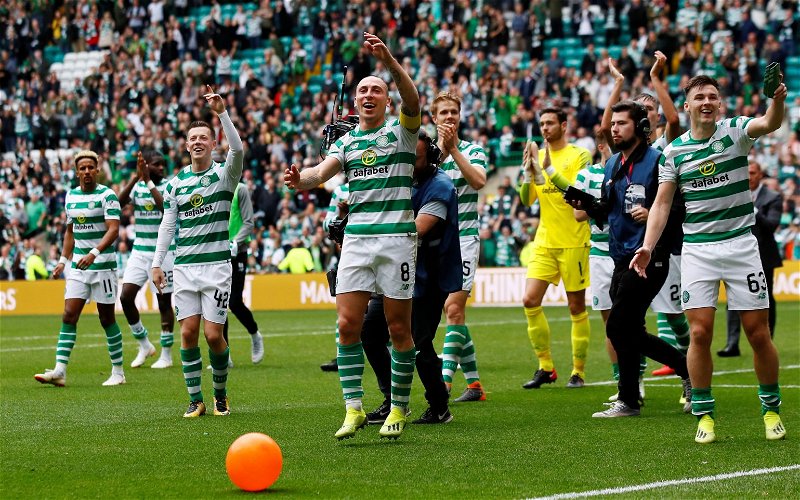 On the eve of the AGM for the Rangers International Football Club AGM the Daily Record published selected details of the Police Scotland report.

Celtic players applaud their fans around the stadium regardless of the result. It show’s appreciation. Should they only do it now if they don’t win? ???? #onlyinscotland

Gerry, they’re panicking because they know we are on the way to 10INAR ????

I’d love to have heard your response under your previous employer.

Are the club going to respond to what Stewart Robinson said about the celtic players today. They do seem affy obsessed with celtic these days. Never a dk interview goes by without him mentioning us ???????????

It’s not a surprise Gerry. There’s a siege mentality now that no one had the courage to call out. Certainly not the governing body nor the media. if anything both are complicit in this.

Among the issues highlighted were the post match celebrations of the Celtic players who thanked their supporters for their backing.

This scene apparently caused some visiting supporters to rush to the front of their section endangering the safety of Billy in a wheelchair.

Following the Record report the issue was duly brought up at the AGM with the celebrations of the Celtic players described as ‘thug-like’.

Some might suggest that the whole issue has been co-ordinated by a former Daily Record football reporter keen to deflect attention from £14m of losses ad tomorrow’s court appearance on a Contempt charge.