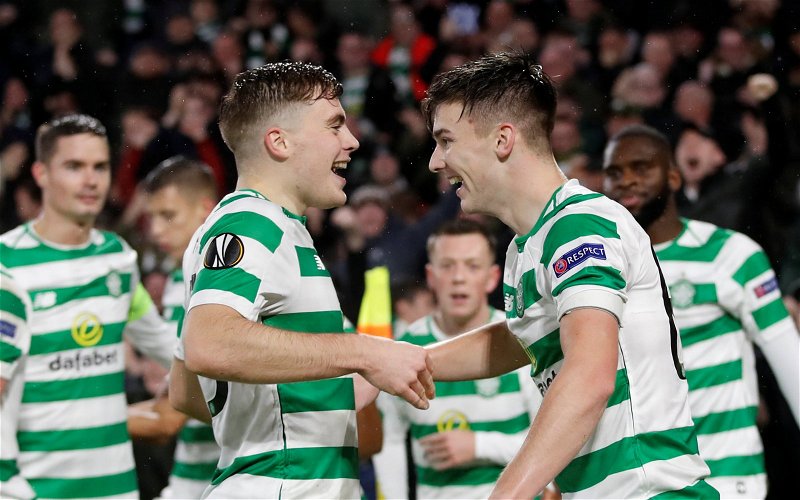 Four days after the event Celtic TV has come up with the best footage from the 2-1 Europa League win over RB Leipzig.

The immediate aftermath of the match on social media focused on the introduction of the Disco Lights but on the pitch the show was highly impressive.

A year ago Celtic went head-to-head with Bayern Munich but were left exposed by sloppy defending as the German champions came out on top.

With Filip Benkovic and Dedryck Boyata providing security at the back Celtic weren’t so vulnerable and were able to attack with a degree of security.

Ten minutes into the match a run from James Forrest down the right created a chance for Kieran Tierney on the left- Number 63 didn’t disappoint with his low shot opening the scoring.

Fourteen seconds after Leipzig had equalised Celtic were back in front, a simple move down the left opened up the German defence with Odsonne Edouard showing a predator’s instinct to drill in what turned out to be the winning goal.