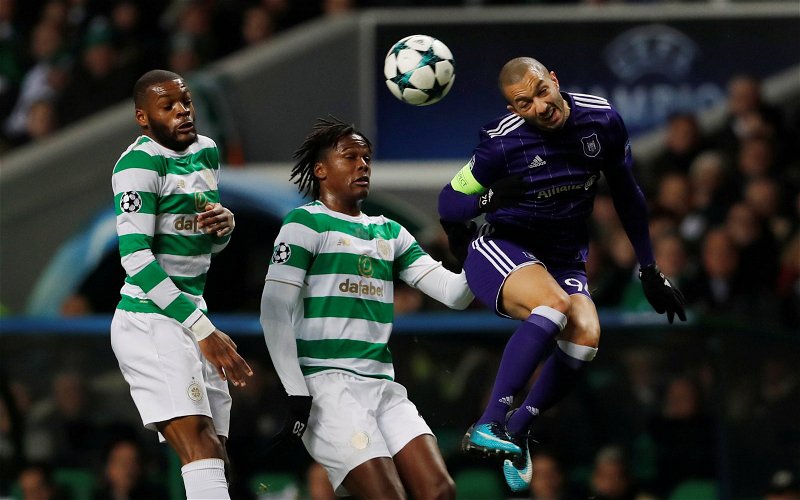 Brendan Rodgers is hoping that Dedryck Boyata isn’t about to add to: add to his growing injury list.

The defender was replaced by Kris Ajer in the 70th minute of the 5-0 win over Dundee and was given treatment in the dug out afterwards.

Boyata returned to the team after missing out on the 3-0 Betfred Cup win over Hearts at Murrayfield through suspension and partnered Filip Benkovic in the centre of the Celtic defence.

After the final whistle Rodgers told The Sun: “Dedryck Boyata also felt some cramp in his calf. We just took him off as a precaution.”

With Ajer also returning from a month long lay off Rodgers will be anxious for Boyata to shake off the effects of cramp.

Over the next week Celtic face Hearts and RB Leipzig at home as they attempt to build momentum on their impressive recent domestic form.

Celtic are still waiting for an update on Daniel Arzani’s knee injury and could have Olivier Ntcham and Eboue Kouassi available for Saturday’s match at home to Hearts.