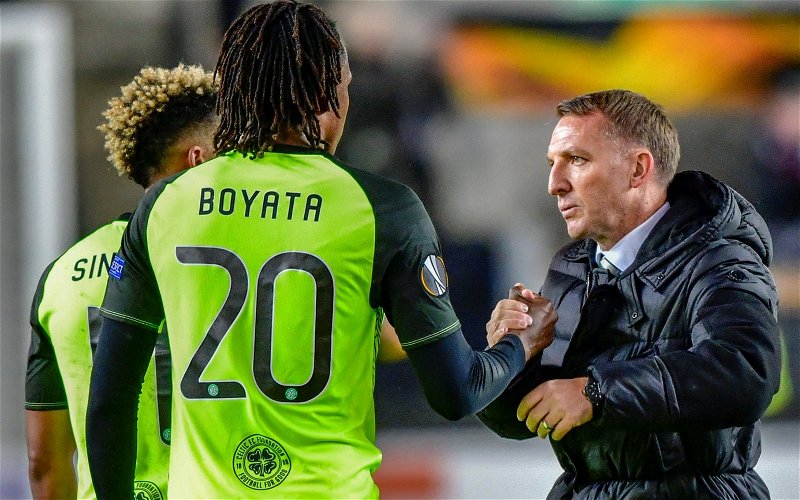 .@btsportfootball Outstanding performance from Celtic and let’s hope they celebrate with their fans who made the trip????????let’s hope the Norwegian’s don’t get offended …

Scott Sinclair’s first half header earned the hoops full points with scenes of celebration on and off the park at the goal and after the final whistle.

Earlier this week a report from Police Scotland apportioned blame on celebrating Celtic players for trouble among visiting fans during the September Glasgow derby.

At the AGM of The Rangers International Football Club one disabled fan described the actions of the Celtic players as thug-like with no correction from Ibrox supremo Stewart Robertson.

With RB Salzburg winning 1-0 at home to RB Leipzig Celtic are sitting in second place three points clear of the German side going into the final match.

A point at home to Salzburg will ensure a place in the last 32 although a defeat could also take Celtic through if Leipzig fail to beat Rosenborg on home soil.

Tonight’s match was Celtic’s third away to Rosenborg in the last 18 months with no reports of any injuries despite Celtic winning twice and drawing the other match.