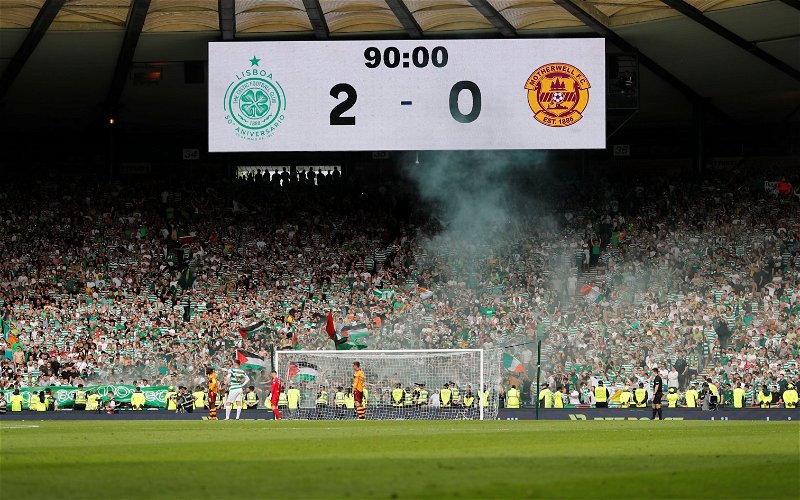 Brendan Rodgers, Scott Brown and Peter Lawwell took part in a supporters Q & A session to mark the launch of ‘The Making of the Double Treble’.

The DVD provides a behind the scenes look at the 2017/18 season as Celtic became the first club to enjoy a double treble success.

There were many memories created throughout the season but one of the most spectacular was the bus journey back to Celtic Park after clinching the Scottish Cup by beating Motherwell 2-0 at Hampden.

Footballers are often incredibly superstitious with Brown revealing that he feared he had spooked the Scottish Cup prospects while taking his car into Celtic Park.

“I’ve seen this bus, this isn’t going to be my day,” he told the audience of Celtic supporters.

Goals from Callum McGregor and Olivier Ntcham saved the day allowing Brown to climb the steps at Hampden to receive the trophy.

Next month Celtic are back at Hampden in the final of the Betfred Cup hoping to claim the first leg of a treble treble, and no doubt another DVD.