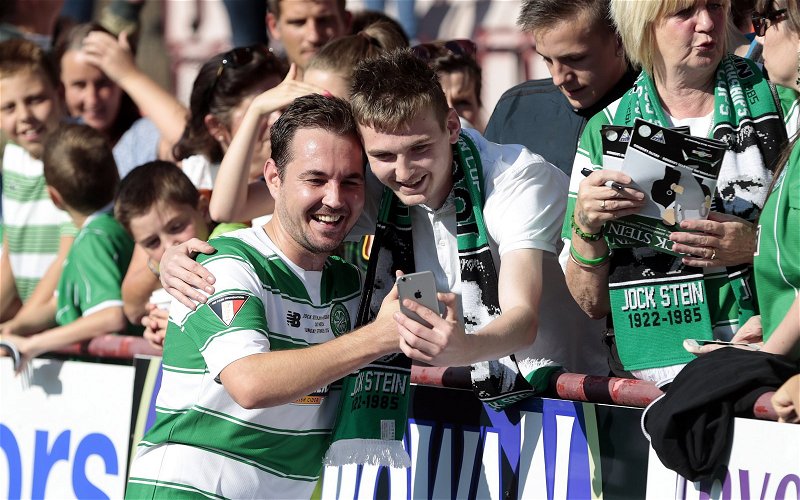 When Greenock meets East Kilbride however it wasn’t a complete shock that the hoops cropped up in conversation between Martin Compston and Lorraine Kelly.

Hey ?@martin_compston? – great appearance on Lorraine this morning. Love the fact that you’re always so proud to be a ?@CelticFC? man ????????HH pic.twitter.com/bnxbYUylo7

Despite once being associated with Morton Compston has never hidden his affection for Celtic or his delight at turning out alongside some of his heroes in charity matches.

As his footballing dreams died the big acting break came in the movie Sweet Sixteen which opened up a whole new career in the spotlight that has now stretched to 42 feature films.

While the last couple of years have brought almost non-stop success for Compston’s football club the same can’t be said for Kelly’s club- Dundee United.

Since being transfers of Stuart Armstrong, Gary Mackay-Steven and Nadir Ciftci to Celtic in 2015 it has been downhill for the Terrors despite picking up almost £4m in transfer fees.

Last weekend as Compston celebrated Celtic’s victory in the final of the Betfred Cup Kelly was recovering from watching her side lose 5-0 at home to Ayr United.