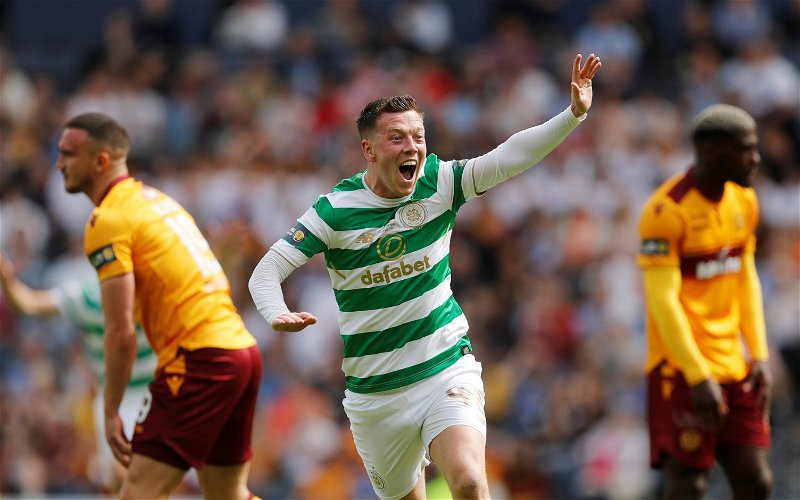 Kian Blair is set for a very special Christmas- thanks to Callum McGregor.

The midfielder put in his usual 8 out of 10 performance as Celtic beat Motherwell 3-0 but on a cold winter’s night he picked out one fan for special attention after the game.

At the final whistle the stadium was less than half full but as Kian stayed around for the lap of honour Santa Claus appeared with a number 42 on his back.

After being pushed further forward against Hibs on Sunday McGregor was back in a deeper role against Motherwell, alongside Scott Brown with Odsonne Edouard pushed into the advanced role.

McGregor was the heart beat of the team, dictating the pace and tempo, picking the ball up deep and probing at the Motherwell defence with his passing and runs.

Since getting called into the starting XI around two years ago McGregor has barely missed a game but it’s his ability over consistency that makes him priceless in this Celtic team.