Why Celtic must ACCEPT tickets for Ibrox on December 29 | videocelts.com

Why Celtic must ACCEPT tickets for Ibrox on December 29

With less than three weeks to go Celtic fans are still waiting to find out if they will be able to support their team at Ibrox on December 29th.

The most recent rumours have been that the club is going to decline the offer of 800 tickets, apparently on the grounds of safety.

That decision would be a terrible blow for supporters, the team and Brendan Rodgers.

Safety isn’t an issue for Celtic to decide on, it’s a matter for Police Scotland and Glasgow City Council.

When Dave King decided in the summer to cut Celtic’s allocation from 7,000 down to 800 he knew what he was doing as he pandered to the online fanatics who struggle to disguise their hatred and violent intent for others outside of their supremacist bubble.

Police Scotland can now deal with the matter.

If the home supporters can’t keep their hatred in check then they need their numbers reduced.

If that cuts out 1,500 seats either side of the Celtic support then that is the price of their petty online petitions to their company.

Every football fan in Scotland knows that Ibrox is a dangerous place to visit, it doesn’t matter if you go there to support St Mirren, Aberdeen or whoever. Or Osijek.

There is a level of violence and attacks that seems acceptable to the authorities.

On this issue the Celtic board must make a stand, that stand isn’t to refuse tickets, it’s to demand the safety of 800 season ticket holders inside a stadium across the city.

If Ibrox isn’t fit for Celtic supporters how can it be safe for Celtic players?

Over the last few years the Celtic board has looked the other way on a number of occasions when their supporters have been let down.

Apart from the template ‘Surprised and disappointed’ statement the fans have been left as second class citizens as decisions repeatedly go against them.

After a decade of playing against ineligible players no protest was made about a fine of £250,000 when other clubs before and since have had points deductions and 0-3 results imposed. Celtic lost out on title wins, trophy days and nights in the Champions League.

On the quiet a club formed in 2012 were awarded the titles and trophies of one that died of shame, cheating HMRC and 267 creditors including football clubs in Scotland, England, France and Austria.

In 2015 Celtic supporters were denied a potential treble by outrageous decision made by Steven McLean and two other match officials. After going public about writing to the SFA for clarification Celtic fell silent, 12 months later McLean was rewarded with the Scottish Cup Final. 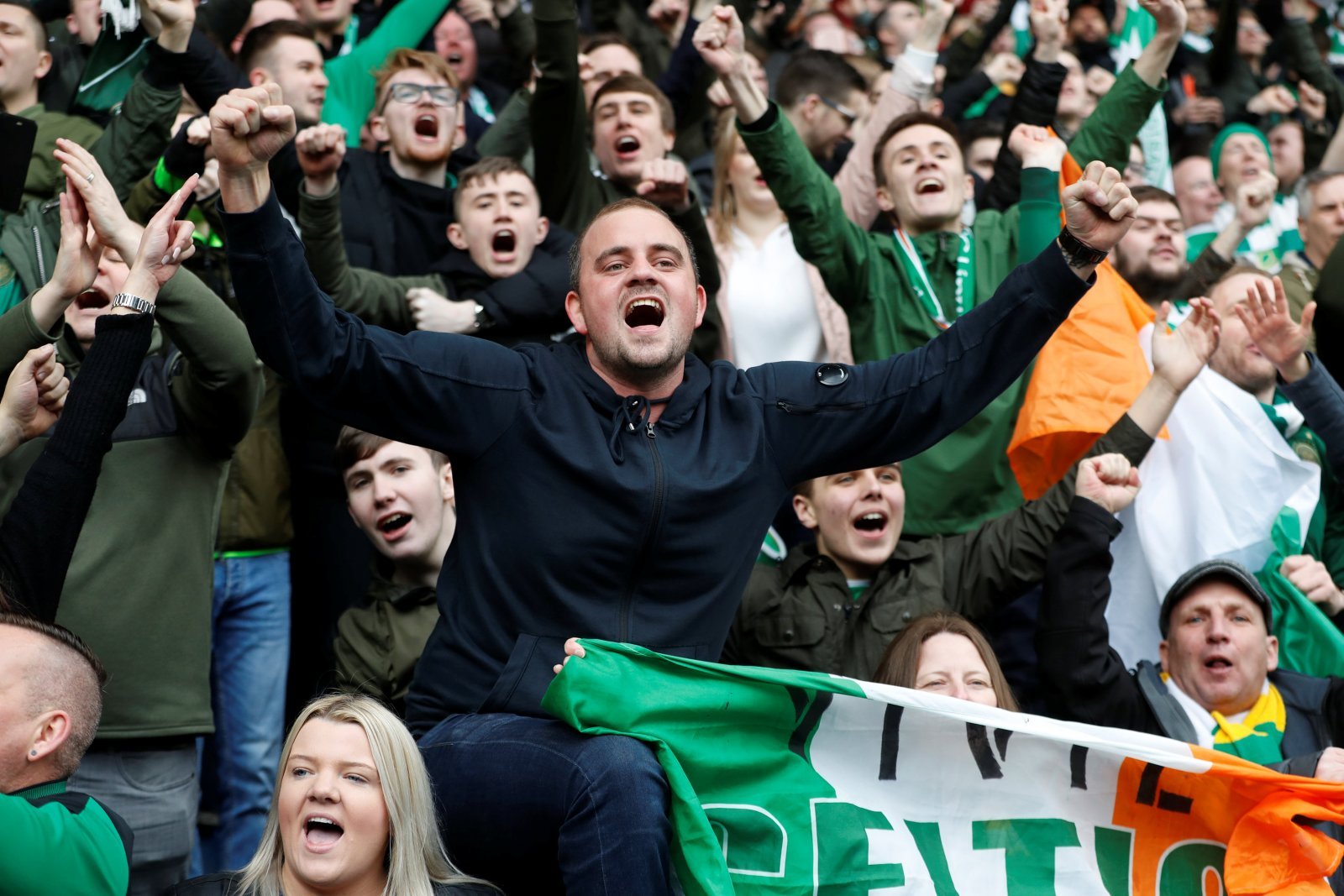 Earlier this season one club was put out by a change in arrangements for the semi-finals of the Betfred Cup, supporters had to shift arrangements for an earlier kick off 45 miles away from the first venue.

No explanation was given.

To most fans Police Scotland and the authorities didn’t want to try controlling the Ibrox fan-base on the move across the country- they feared another Manchester.

At the September derby fixture Police Scotland displaced thousands of Celtic fans, almost causing fatalities with their new arrangements in order to ensure the safety of 800 visiting supporters.

If the same safety arrangements can’t be put in place for the visitors on December 29 it’s not the Celtic fans that shouldn’t be going to Ibrox, it’s the Celtic players.

King announced in June his ticket decision, the clubs and authorities have had more than five months to prepare.

Whatever solution they come up with it can’t be the Celtic supporters or players that suffer due to the ego of a South African based criminal.

It’s time for King’s own customers to have their numbers cut or perhaps they could take their behaviour into the 21st century, just for a change.

NB Celtic fans concerned about safety issues for Ibrox aren’t obliged to go to the match, plenty of fans want to be there knowing the risks and expecting Police Scotland to ensure safety among the Ibrox season ticket holders.