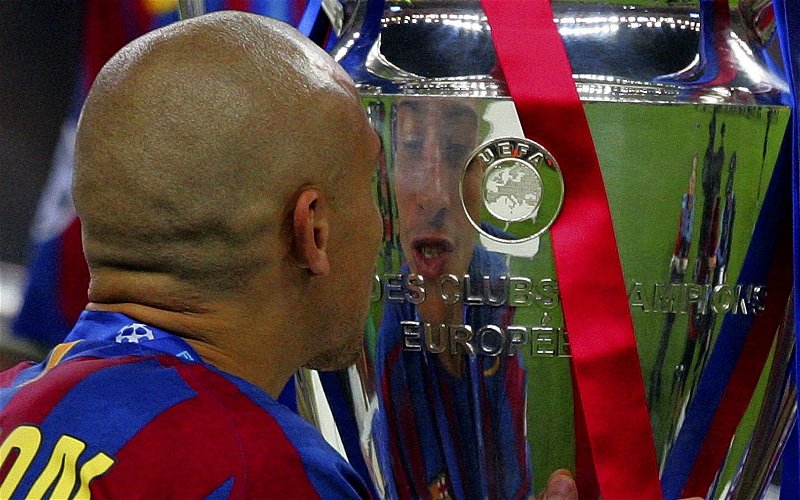 Henrik Larsson is the King of King’s to Celtic fans but worshiped almost as much in Barcelona.

A picture of the Swede attending last night’s Champions League clash with Spurs was liked 9,000 times within a couple of hours of appearing in twitter.

It seems ridiculous now for Barcelona to sign a 33-year-old who has just spent seven years playing in Scotland but that is exactly what happened in 2004.

With 31 European goals for Celtic the Swede had a certain pedigree as well as a well established international record stretching back to the 94 World Cup Finals in the USA.

The only royalty I’ll ever bow to. The king of kings.

Arriving at the Nou Camp he quickly won the respect of the players, at the time Ronaldinho was the biggest star in the game but the Brazilian instantly took to his new team mate.

A serious knee injury a couple of months after joining could have ended the dream but Larsson had displayed his own powers of recovery in 1999 when he recovered from a horror leg break in Lyon.

His second season had a glorious finale, Arsenal supporters know the script with what happened in Paris as the Swedish super-sub changed the course of a Champions League Final.

Twelve years later Larsson is as welcome in the Nou Camp as he is at Celtic Park.