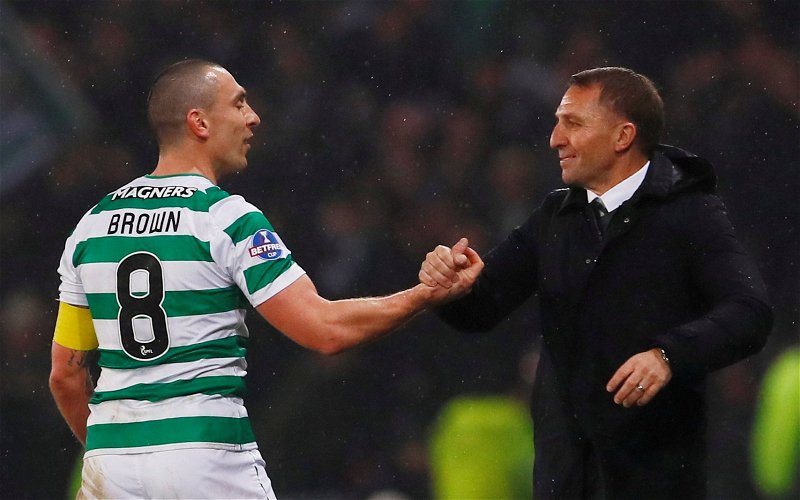 Scott Brown will hold talks with Western Melbourne this week about a three year contract to join the A-League new boys.

The Celtic skipper is out of contract at the end of this season and is wanted to lead Western Melbourne into their first A-League campaign which starts in November.

Brown has captained Celtic for eight years but at the age of 33 is no longer an automatic pick as Brendan Rodgers’ side evolves in the Irishman’s third year in charge.

A two year playing contract with Celtic has been discussed- with the promise of a coaching role afterwards- but a three year deal in a new environment is bound to interest the hoops skipper who has a young family.

Western Melbourne Football director Steve Horvat told The Sun: “We’ve been putting the feelers out for marquee players. Now we will ramp up those negotiations.

“Scott Brown is an incredibly inspirational leader for Celtic and is the sort of high-calibre player who would set the standard at our club.”

The report claims that Western Melbourne are looking for an answer before the end of January with two American clubs also interested in the former Scotland skipper. Brown has captained Celtic under Tony Mowbray, Neil Lennon, Ronny Deila and Rodgers but knows that if he signs a new hoops deal his playing time is certain to be reduced.