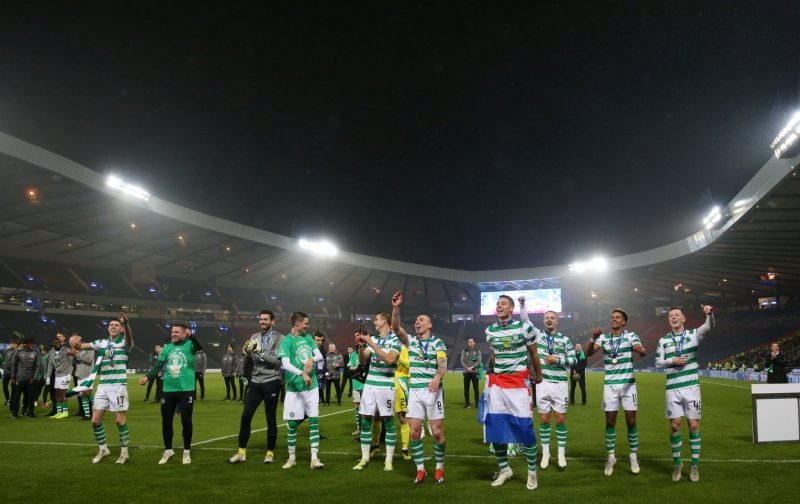 Not so long ago the League Cup was looked on as a bit of a jinx by Celtic fans, more bother than it’s worth.

Under Brendan Rodgers and the sponsorship of Betfred the trophy has become a favourite- starting the festive season with a trophy and speculating over a treble success.

Somewhat overlooked is the fact that the semi and final follow on from heavy European duties with Rodgers giving his club an extra night in Norway to prepare for Hampden.

Yesterday at Hampden there were a few new faces in the Celtic side, the evolution of the side was highlighted by the sight of Scott Brown, Leigh Griffiths, Craig Gordon and Olivier Ntcham sitting on the bench.

Ryan Christie was the headline act but there were impressive support roles played by Filip Benkovic and Scott Bain.

Every player played their part in the success, the team matched the physical approach of Aberdeen was met head on and overcome despite the erratic performance of referee Andrew Dallas.

Deep into first half stoppage time the goal arrived, the result of 39 passes that wore down the Dons defence, the bandaged Dedryck Boyata spotted the opening, Christie tuned in to the situation and capitalised to the full.

A few months ago a lot of questions were being posed about Brendan Rodgers and his squad, as December opens up with a trophy collected and the real prospect of European football in the new year the good times are rolling again.