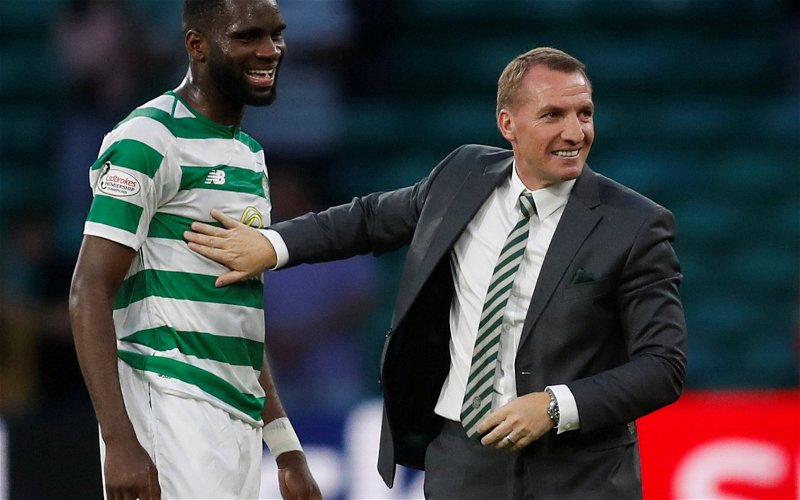 Celtic returned to the top of the SPFL table with a 3-0 win over Motherwell but it wasn’t without a cost.

Odsonne Edouard required treatment before being replaced in the 38th minute leaving the hoops without a fit centre forward.

Mikey Johnstone replaced the Frenchman and got himself on the score-sheet but the injury to Edouard is a concern with Leigh Griffiths already ruled out.

Speaking to Radio Scotland Brendan Rodgers said: “I’m not sure, he felt a tightness in his abductor, we will see how it is in the next couple of days, possibly it’s a bit of fatigue.”

Anthony Ralston was the only change to the side that lost 2-0 to Hibs on Sunday and celebrated his return by opening the scoring in 32md minute.

A penalty from Scott Sinclair put Celtic two in front with Johnston completing the scoring with the best goal of the night.

There was no scoring in the second half which coupled with the 0-0 draw at Easter Road between Hibs and the tribute act leaves Celtic a point ahead at the top of the table with a game in hand.