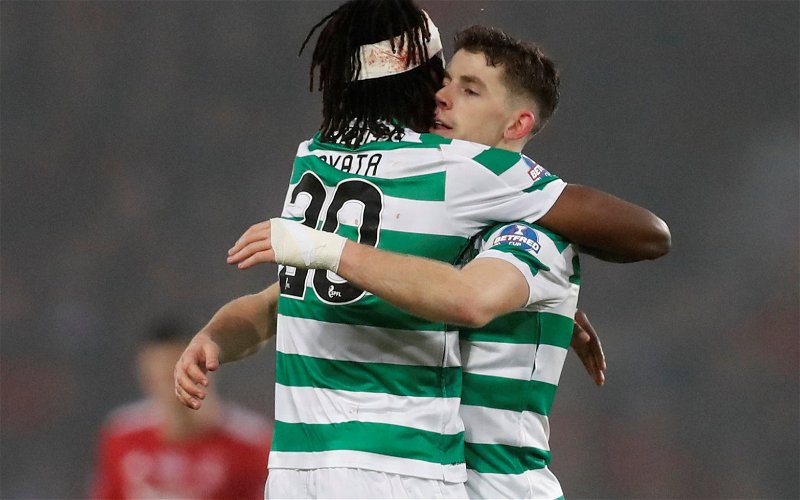 Brendan Rodgers is relaxed about the future of Dedryck Boyata.

During the summer transfer window Celtic turned down a £9m offer from Fulham which sparked a stand off between the player and the club.

Boyata was posted missing for Celtic’s Champions League qualifiers against AEK Athens but Rodgers called in all of his diplomatic skills to bring the player back on board.

The 28-year-old has been in outstanding form with his partnership with Filip Benkovic a key element in Celtic’s revival at home and abroad.

In January Boyata can agree a pre-contract agreement to move elsewhere but the signs suggest that he will stay on at Celtic and move on at the end of the season.

“Boyata is in the last year of his deal, but I am quite relaxed on it,” Rodgers told The Sun. “He has to look at every option possible.

“He has created a market for himself now because of how he has performed, which is great for him.

“Careers are short. There has been no lack of commitment from Boyata since last summer as you have seen but as a professional player he has every right to wait and see what happens.

“I can assure everyone that doesn’t take away from his commitment to what we’re doing here.

“The next contract may be the last big one of his career as he is 28 now, and he just has to make sure it’s the right one.

“I am relaxed with it because there has been no drop off in mentality. There has never been with him.

“He has been absolutely first class for me. We will just assess the situation as time goes on.

“We know at some point we will lose some of these players but at the minute we know where it’s at.”

Any prospect of re-signing the Belgian internationalist appears to have been dropped with the package available in the summer to a 28-year-old free agent way outside Celtic’s budget.

Boyata is a major doubt for Wednesday’s match away to Motherwell after picking up a hamstring injury during the Betfred Cup Final against Aberdeen.