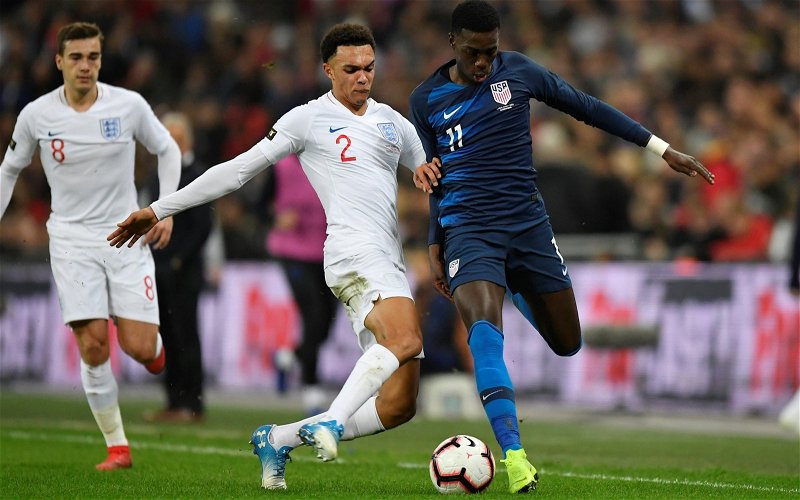 Brendan Rodgers has given a nod in the direction of Timothy Weah joining Celtic on loan from Paris Saint Germain.

On Christmas Day it emerged that the 18-year-old striker had started to follow 14 Celtic players on Instagram shortly after stating that he was looking to go out on loan next month.

Rodgers has gone on record as stating that he wants to bring in two strikers during the January transfer window with Weah appearing to fit a similar profile to Odsonne Edouard who was signed from the same club in August 2017.

After two disappointing transfer windows this year Celtic are expected to be heavily involved in the transfer market next month with Rodgers admitting that moves are under way to strengthen his squad.

“No further news,” he told BT Sport when asked about speculation linking Celtic with the PSG striker.

“I think it’s something that the club are looking at a number of players to come in and support us for the second part of the season. We’ve got nothing to add to it, with the number of names always linked with Celtic.

“We’ll bring in what we think in January will support us and help us over the course of the next six months.”

Weah has been on the fringes of the PSG side this season and has options to go out on loan to a number of French sides. The progress of Edouard and Moussa Dembele at Celtic has been recognised in France with Weah having no language issues as an American citizen.

Mikey Johnston and Ryan Christie have filled in at centre-forward in Celtic’s last two matches but Edouard is likely to play from the start at Ibrox on Saturday.