‘Stevie Wonder thought it was a dive’ Shinnie gets slaughtered 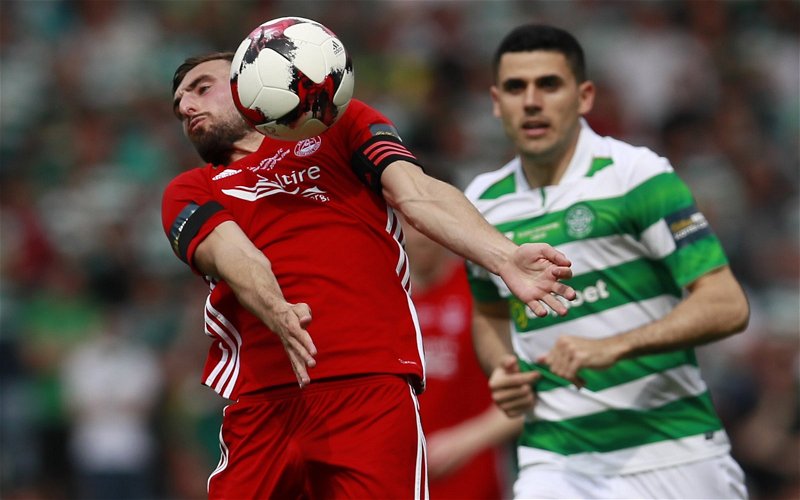 Celtic’s 4-3 win at Pittodrie has taken some of the attention away from Graeme Shinnie and his dive for a penalty with seven minutes left to play.

Among the high profile mistakes made by Willie Collum the dive from the Aberdeen captain was the most significant. In most circumstances when you equalise in the 83rd minute you pick up at least a point.

Replay of the Shinnie penalty pic.twitter.com/UpJMR7zzlS

Only thing missing was the handball to go with it.

Stevie Wonder thought it was a dive.

Don’t have to give a ban when the media won’t even ask McGinnis about it in the post match.

Fortunately Celtic managed to conjure up two more goals with the introduction of Odsonne Edouard and finishing of Scott Sinclair deciding the match.

Shinnie is usually good for a few quotes after defeats from Celtic but has kept his thoughts to himself although Derek McInnes let himself down trying to justify the decision. Had Collum did his job properly Shinnie would have been booked and little more would have been heard about the issue. Instead the SFA Compliance Officer will be expected to offer the midfielder a two match ban.

Losing their skipper for two January fixtures will be more of a punishment for Aberdeen than a booking with seven minutes left to play. In the earlier SPFL clash between the two clubs Scott McKenna was handed a two match retrospective suspension after Bobby Madden missed a waist high attack on Edouard.