Sutton puts troll Savage back in his box 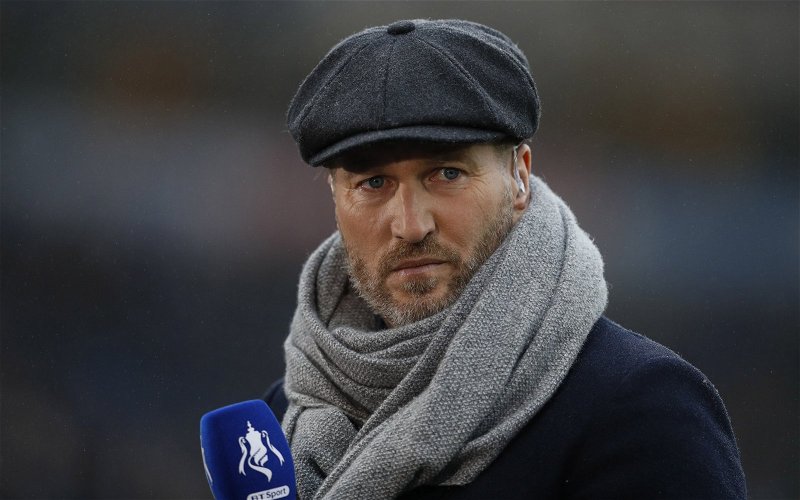 Chris Sutton has hit back at Robbie Savage after the 48 hour title party.

On Sunday the former Leicester and Birmingham utility man was high-fiving with Stevie Gee as the tribute act celebrated their title triumph at Tynecastle.

Savage, who was rejected by Ally McCoist in favour of Ian Black and Kevin Kyle in 2012, was quickly on to Sutton about the league leaders as the eyes of Scotland were on the Betfred Cup Final.

For 48 hours the natural order was restored for the gullibles with Gerrard congratulating his players on the park at Tynecastle and in his media duties before the match with Aberdeen.

An early goal from Scott McKenna put Aberdeen in front with the Dons holding on despite the outrageous sending off of Sam Cosgrove during the first half.

Columbian goal ace Alfredo Morelos was given a second yellow during the second half with the Ibrox men unable to find an equaliser.

With Kilmarnock beating Livingston Savage’s side slipped back to second place and will kick off in third spot at Dundee on Sunday if Celtic take a point from their home match on Saturday against the league leaders.