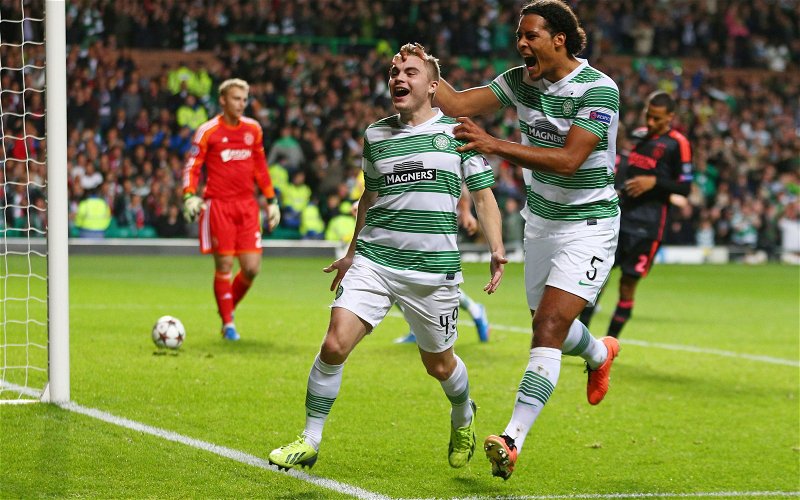 Chris Sutton watched Virgil van Dijk help Liverpool into the last 16 of the Champions League- then wondered how Neil Lennon managed to sign the defender for just £2m five years ago.

Since switching Groningen for Celtic the defender hasn’t looked back, it wouldn’t be a surprise if he was to become a transfer target for Barcelona or Real Madrid over the next 12 months.

In the summer of 2013 Kelvin Wilson was looking to return to Nottingham Forest which would create a big hole in the Celtic defence.

Lennon never paid more than £3m for a player during his four years at Celtic and managed to stay below that ceiling when he brought in van Dijk from Holland.

His first start, away to Shakhtar Karagandy wasn’t great, Celtic did well to escape with just a 2-0 defeat with van Dijk starting the return match on the bench.

Quickly however van Dijk forced his way into the team, he took it in his stride and emerged unscathed from a Champions League campaign that yielded just three points and ended in a 6-1 defeat from Barcelona.

He stayed for another season under Ronny Deila but was clearly destined for a richer environment, Southampton provided another stepping stone on route to Liverpool- a £70m price tag hasn’t fazed him.

Since arriving at Anfield he has helped Liverpool to a Champions League Final and top spot in the EPL with Celtic picking up the guts of £20m in the process.