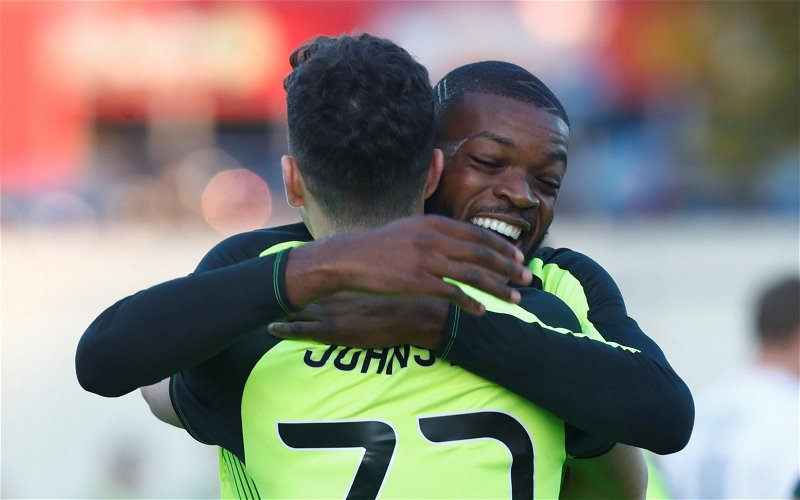 Mikey Johnston cheered Tony Ralston getting his first Celtic goal last night then matches his pal 17 minutes later after being thrown on as a first half substitute.

Johnston was the only player that impressed in the 2-0 defeat at Hibs but that wasn’t enough to earn him a place in last night’s starting XI.

Ralston came in for Kris Ajer for his first competitive game of the season and looked like he had never been out of the side.

When Odsonne Edouard sat down in the 38th minute with an abductor strain it was time for Johnston to come on with the teenager hitting the net before half time.

Creating a yard of space at the edge of the penalty box he quickly fired in a shot that hit the roof of the net then set off to celebrate with the Green Brigade.

Injuries have hampered Johnston’s progress this year but there is absolutely no doubt about his ability.

In the midst of another batch of injuries he looks ready to step up and play a lead role in the critical matches ahead.