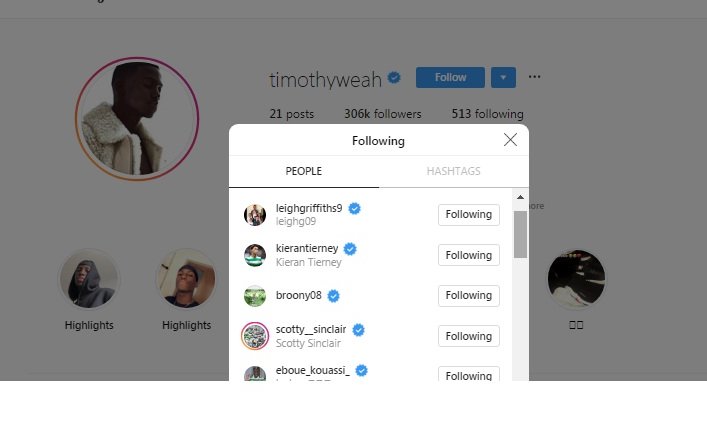 Weah is currently with Paris Saint Germain but appears to be a January transfer target although at the age of 18 he is more likely to be a project than a first team prospect.

Celtic signed Odsonne Edouard from the French champions in a £9m summer deal after the striker signed up on a season long loan deal.

Weah, whose dad George is currently the president of Liberia.

Timothy was born in New York and has represented the USA at youth team level before heading to Europe to join one of his father’s former clubs.

Under Brendan Rodgers Celtic has developed a reputation as a club that can develop young players to the highest level with Filip Benkovic currently enjoying the sort of experiences that Patrick Roberts savoured.

The Celtic boss is expected to be busy in the January transfer market with two strikers the priorities when the window opens next week.