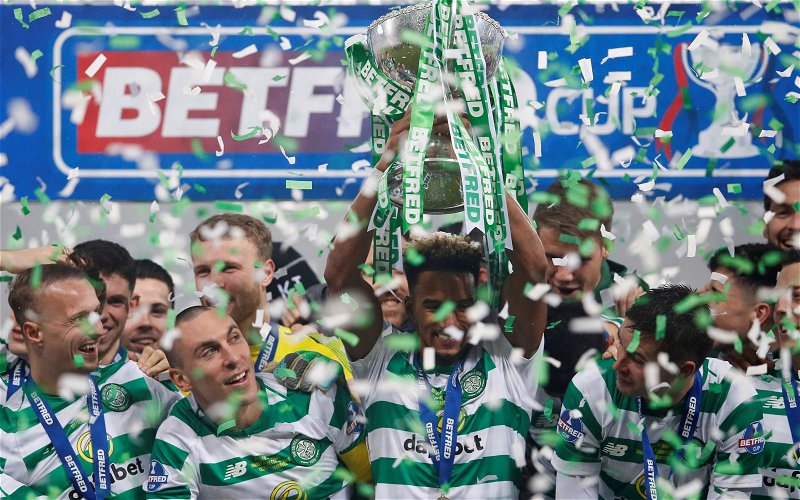 On Thursday night Scott Sinclair was the main man, heading a James Forrest cross into the Rosenborg net to keep alive hopes of progress into the last 32 of the Europa League.

Three days later at Hampden Ryan Christie was the match winner, latching onto a long pass from Dedryck Boyata, shooting against Joe Lewis then firing the rebound high into the net.

Two big games in four days and the Bhoys did us proud ????

The goals are perfectly captured from behind the goal with the victories setting Celtic up nicelt for a hectic December schedule.

Seven SPFL matches and a Europa League clash with RB Salzburg will test Brendan Rodgers’ squad to the full but after Hampden the hoops are full of confidence.

With a substitute bench that included Craig Gordon, Leigh Griffiths, Scott Brown and Olivier Ntcham the Celtic boss will use his resources wisely to stay ahead of the domestic competition.