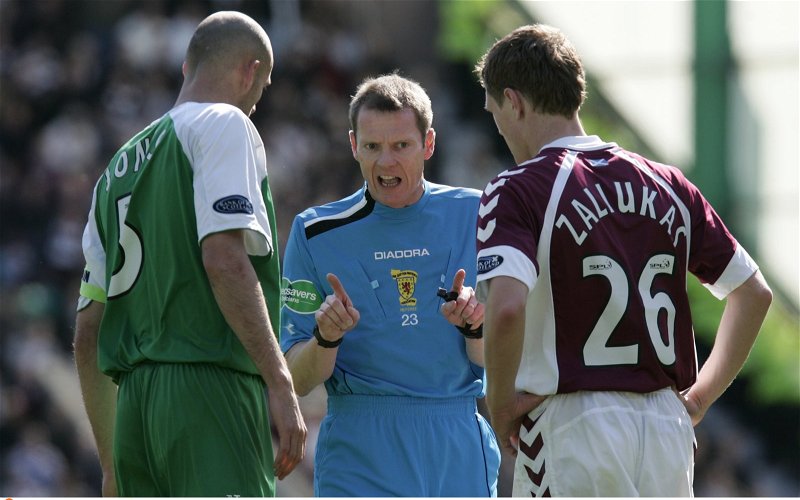 Last night on Radio Scotland Kenny Clark was wheeled out to defend the horrendous standard of Scottish referees.

Clark retired from refereeing in 2008 and is now employed by the SFA as a refereeing observer.

To help him top up his wages as a lawyer he enjoys a nice sideline on the after-dinner circuit where it seems that deliberate mistakes against Celtic are game for a laugh.

At 2 minutes into the video below Clark details an incident with John Hartson after the Celtic striker successfully appealed against a red card given by Clark in a match against the old Rangers club.

After mentioning the incident in the dressing room before his next Celtic game Clark then jokes about how he refused to punish a Dundee United player who took out the Welshman with a dangerous attack from behind.

There are other subjects that Clark thinks are funny and worth sharing for his after dinner fees.

Perhaps the SFA could arrange for some diversity training for funny guy Kenny or better still remove him from his refereeing role and ensure that the next generation of referees don’t see cheating against Celtic players as a way of earning extra money.