VIDEO: Watch what Scott Brown did to Graeme Shinnie’s beard! 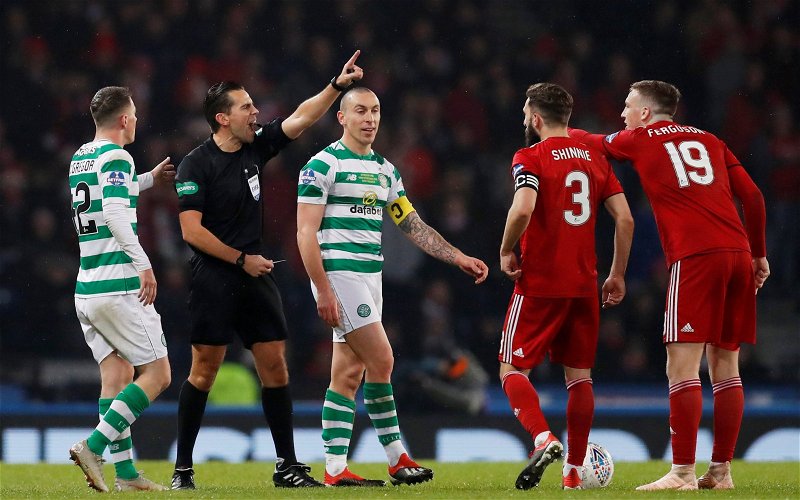 On Sunday morning Scott Brown was reading about how he probably hated Graeme Shinnie (the captain of Aberdeen Football Club).

Yesterday the hoops skipper was getting lectured on dignity by the captain of the Betfred Cup runners up.

For someone with one Scottish Cup winners medal to his name Shinnie seems to have an awful lot to say for himself and strangely about the captain of the seven times champions.

Strangely however out on the pitch for 90 minutes the former Inverness Caley Thistle man has nothing on Brown.

Winners in sport tend to make things happen on the pitch, in action, that’s where you make your statements.

When Aberdeen were winning trophies under Alex Ferguson their players didn’t do much squealing to the media.

Willie Miller, Alex McLeish, Doug Rougvie and Neale Cooper put the boot in on the park to send out messages. Cooper got booked after 11 seconds in a match against Celtic, although his side lost 2-1 his manager was delighted.

Once he can look after his whiskers on the pitch and add to his medal collection Shinnie can lecture with some authority to his Celtic opponents.